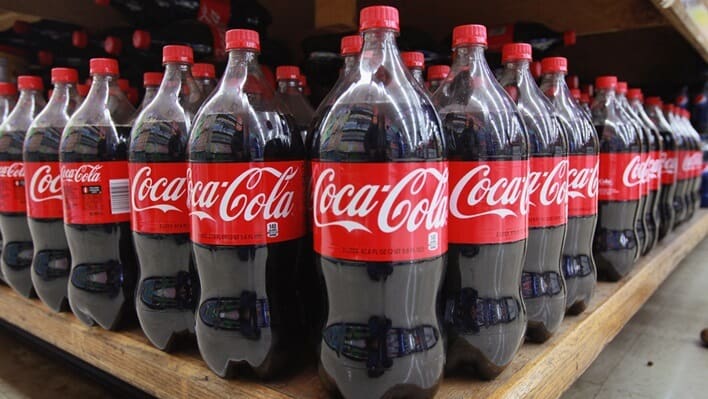 The Coca Cola Company has been long regarded as one of the stronger investment options in the market today. However, as the stock corrects, long term investors are starting to become a bit concerned. Now there’s a big question surrounding the stock… “Is Coca Cola still a good investment option?” Today, we’ll take a look at the fundamental picture, the technical picture, and of course the overall picture to decide if Coca Cola is still a strong investment opportunity.

Coca Cola Is Having A Rough Time Fundamentally

When thinking about investing, I generally like to take a more long term approach. Therefore, fundamental analysis is key. However, when looking at Coca Cola, the fundamental picture is looking a bit grim. The Coca Cola brand   is one of the world’s largest beverage companies; and when you take out the alcohol driven beverage sector, Coca Cola is literally the world’s largest brand. So far, that’s great news! Nonetheless, we have to dig a bit deeper here.

When we break down Coca Cola’s business, we find that about 75% of the company’s revenue comes from soft drinks. Ultimately, soda is the driver for the company; and that’s where the problem starts. In recent years, soda has been proven to be incredibly bad for the health of consumers that drink it. As a matter of fact, there are more than 10 illnesses that are linked to drinking soda. They include, but are not limited to obesity, liver damage, tooth decay, kidney disease, diabetes, heartburn, and more!

In the past, this didn’t prove to be much of an issue. After all, the FDA hasn’t pulled soda off of the shelves. However, these days, consumers are becoming far more health conscious than they have been in the past. The simple fact is that people are paying a lot more attention to what they’re putting in their bodies today than ever before; and that’s creating a problem for Coca Cola. As a result of the new health conscious stance consumers are taking, brands that are known to cause health problems like Coca Cola, McDonalds, and several others are falling by the way side.

If you look at the technical picture of Coca Cola, things are looking grim there as well. The simple fact here is that investors are realizing that the decline in revenue, and therefore profits, is a real thing; and they’re reacting to this decline. As a matter of fact, if you pull up the stock chart for KO, you’ll see that the stock has been experiencing declines overall throughout the entire year of 2015. 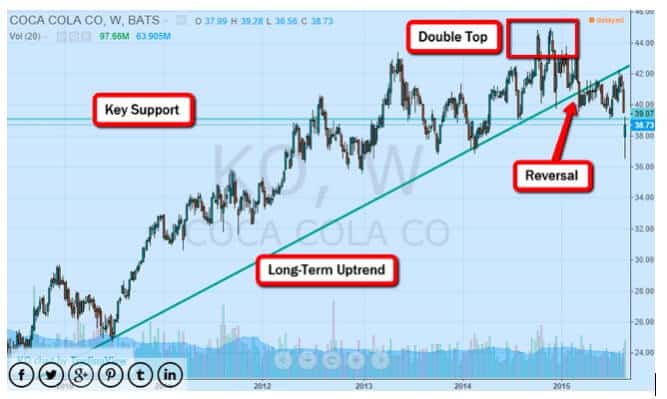 Coca Cola has not only been trading down for the entire year, but when you add the 200 day and 50 day moving averages to the chart, a death cross formed back in late march. Since then, the stock has been seeing even worse downward trends as it continues to correct.

Coca Cola isn’t looking great fundamentally or technically right now, but this is a huge company that’s not going anywhere any time soon. So, when is this correction likely to end? Has Coca Cola fallen to a point where it is ready to start realizing gains again? In my humble opinion, we’ve still got quite a while. As a matter of fact, I’m expecting to see a continuation of declines at least until January. I understand that at some point KO will reach support and start moving in a positive direction. However, with the technical picture and the fundamental picture still looking relatively bad, I don’t think that support is coming any time soon. So, to answer the original question “Is Coca Cola still a good investment?” In my opinion, the answer is no…at least, not right now. However, we’ll check back in a few months to see if anything has changed.

What Do You Think?

Where do you think Coca Cola is headed and why? Let us know in the comments below!