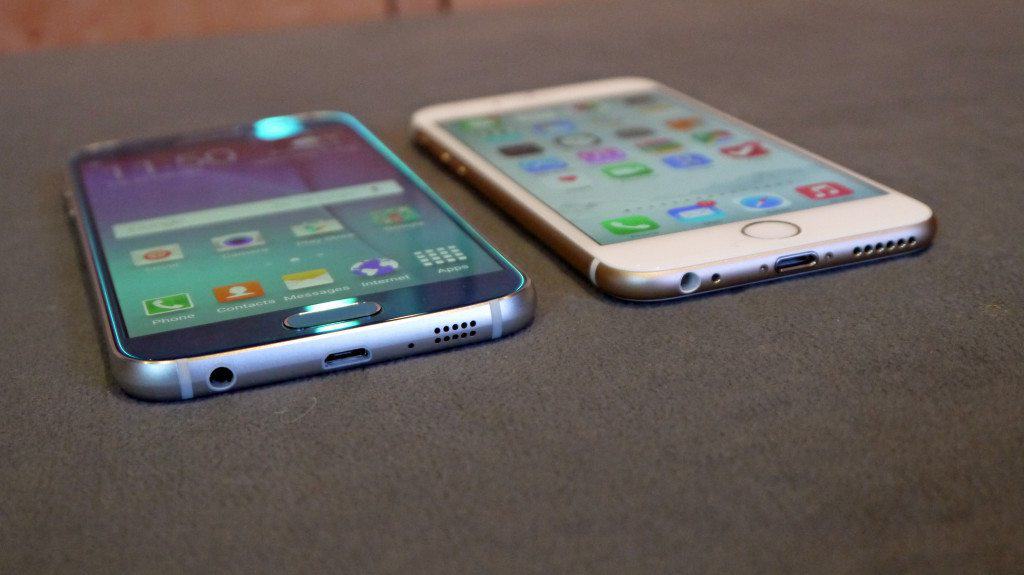 Apple Inc. (NASDAQ: AAPL) and Samsung electronics Co Ltd. (KRX: 005930) are, right now, battling over the future of the smart phone market. The grapple of iPhone 6 vs Galaxy S6 Edge may be the final real battle between the Cupertino, California Company and its Seoul, South Korea based rival. Here’s a look at the smartphone dynamics that are killing the rivalry. 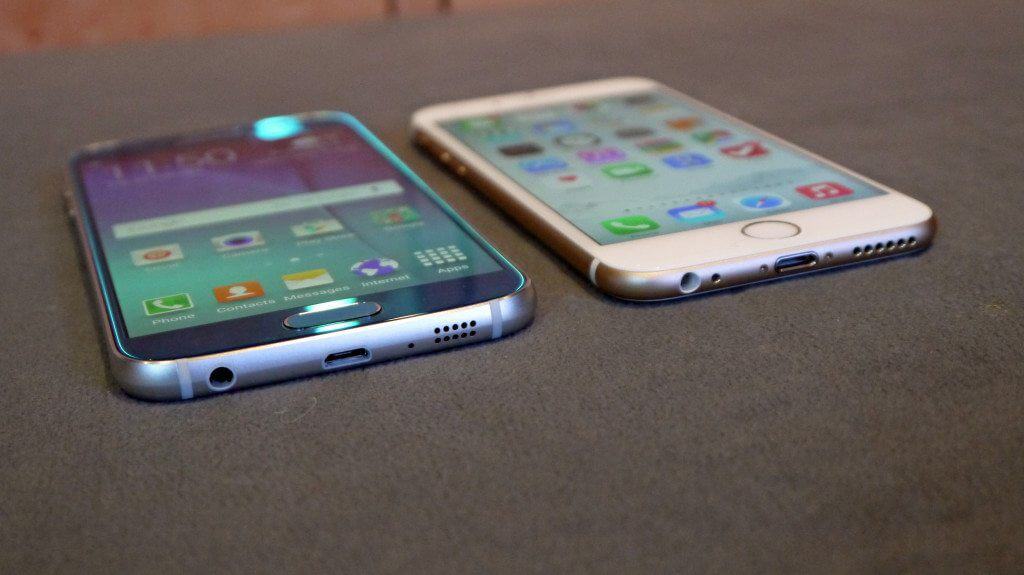 Android is dying at the top

Android is no longer attracting people to spend money on luxury smart phones, and that’s a big problem for Google, Samsung and just about everybody involved in the industry. Though the Samsung Galaxy Edge is performing better, the smart phone appears to be the death-shudder of a disappearing marketplace.

Samsung is running out of opportunities 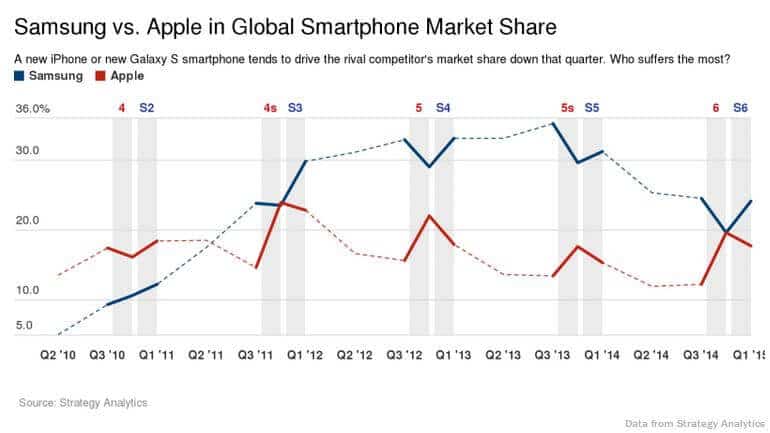 The above chart from Strategy Analytics should tell you almost everything you need to know about the battle between Apple and Samsung. The iPhone 6 vs Galaxy S6 Edge fight comes at a time when total iPhone market share is coming very close to eclipsing the entire market share of Samsung Electronics, including the low cost smartphones made by the company.

Samsung has been losing this battle for a long time, and it’s continued to throw money at the problem. That hasn’t been good for its business, and it’s getting the company nowhere. The iPhone 6 vs Galaxy S6 Edge race is likely the last time that the company will be able to justify that kind of spending.

Apple is going to stop growing

Once Apple stops growing, that’s the end of the battle for the smart phone markets and the iPhone 6 vs Galaxy S6 Edge era may trigger that circumstance. Tim Arcuri of Cowen & Co. reckons that Apple hardware growth is going to slow after the iPhone 6. That means that the vast majority of the market has been reached.

If Mr. Arcuri is right, Apple and Samsung will have little left to fight over. Given fierce brand loyalty on one side the iPhone 6 vs Galaxy S6 Edge battle may trigger an end to attempts by Samsung to grow. We know that iOS/Android conversions tend to go one way and one way only. With the iPhone 6 that trend was even more harshly felt by Samsung and other Android phone-makers.

As Apple takes more and more of the profit out of the top of the smartphone market, the heat of technological advancement, and consumer allurement, will move elsewhere. Competing with a monopoly is impossible. iPhone 6 VS Galaxy S6 Edge is likely to be the final fight in the Apple VS Samsung saga because it’s not in either company’s interest to continue this kind of struggle.

Whether the heat moves to the smart watch market or something else entirely, it has to move. The iPhone 6 VS Galaxy S6 Edge battle has proven that even when Samsung claims a victory it’s far behind the successes of Time Cook and his team.