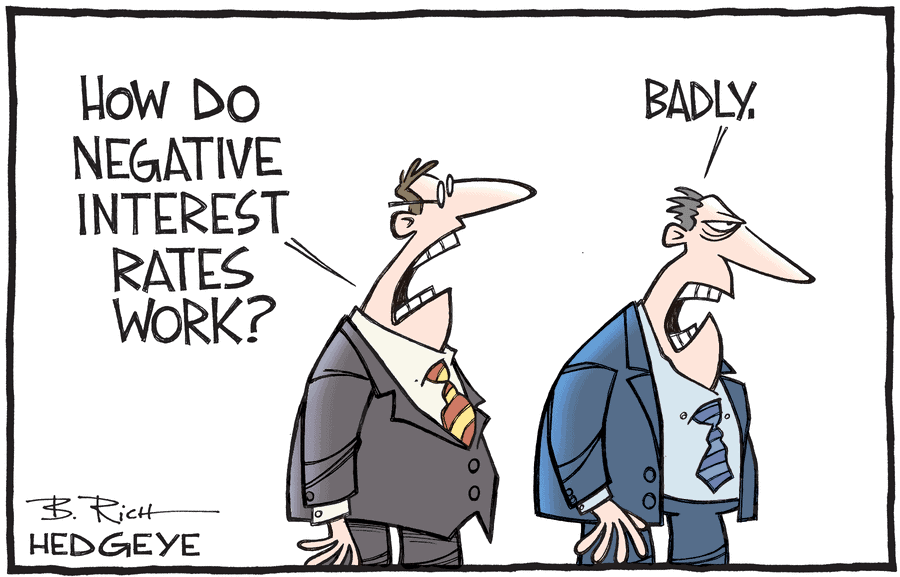 The concept of negative yield-paying bonds takes some time to get your head around. As the name suggests, the amount of interest that such bonds pay are negative – meaning that investors actually receive less than what they originally invested, once the bonds mature.

The phenomenon first grew global prominence in Japan, and it has since made its way over to the European Central Bank. So here beggars the question: Why would anyone in their right mind invest in bonds that lose money?

To put things into perspective, it was recently reported that surplus of $13 trillion in loss-making bonds were in circulation at the close of June. In comparison to the $8 trillion reported at the start of 2019, this illustrates a staggering increase of 62%.

While it would be rational to believe that Central Banks would be rushing to push interest yields into positive territory, this hasn’t been the case with the European Central Bank. On the contrary, the institution has hinted that it plans to further reduce the yields it pays on its sub zero bonds.

This follows suit with Switzerland, which just saw its 50-year bonds turn negative. Even the likes of Denmark now have negative-yield bonds in circulation.

At an enterprise level, the negative yield-paying bond phenomenon has also reached the blue-chip stocks scene. For example, the likes of McDonald’s, AT&T, IBM and Pepsi now have bonds in circulation that trade with negative yields.

Does an Increase in Negative Paying-Bonds Suggest Tough Times Ahead?

While the motivation behind the purchasing of negative yield-paying bonds baffles even the most seasoned economist, one such theory is that it is a precautionary measure against uncertain times. In layman terms, investors that are overwhelmingly bearish on the stock markets believe that loss making bonds are a sure-fire way to safeguard against a major economic downturn.

A further theory is that loss-making bonds offered by Central Banks in Europe and Japan allows institutions to set aside money for known liabilities. As the multi-trillion dollar bond market is highly liquid, investors know that they can easily offload the negative bonds to raise fast capital.

It is also argued that negative paying bonds are a useful tool for financial institutions that are capped by regulatory limits on foreign bond holdings. There are usually no restrictions on the amount of domestically-issued bonds that institutions can buy, meaning that they can simply initiate a swap.

It Could be a Long Road Ahead for Negative Bonds

With global interest rates still at record lows, Central Banks are somewhat protected in their issuance of negative paying bonds.This, some would argue, is a way for governments to manipulate bond yields as a way to counter year-on-year overspending.

The lowering of interest rates is expected to make its way over to the US in the coming months, with the markets expecting the Federal Reserve to cut rates for the first time since 2008.

While this offering of ‘free money’ might have the desired effect of boosting the economy in the short-to-medium term,  Mark Grant at B. Riley FBR argues that eventually, ” there will come a time when free money no longer moves the cursor, and then currency wars will commence and the asset bubble will get deflated.”