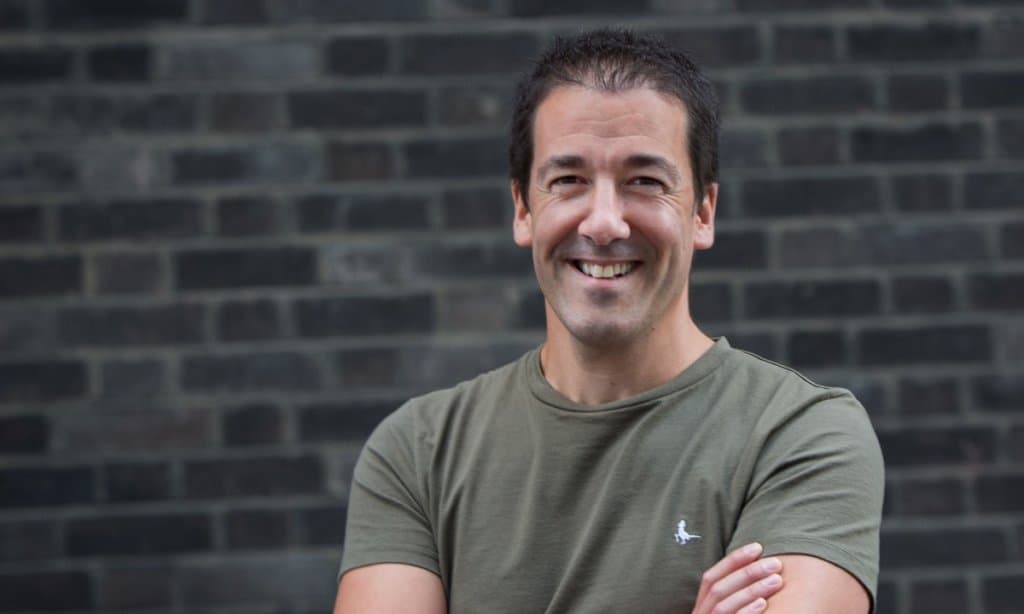 Millions of Britain’s small businesses are desperate for cash to cover wages a month into the coronavirus lockdown – but the alternative finance industry feels the government has left them with their noses pressed against the window while high street banks dither over approvals.

That is certainly the view of Funding Options chief executive Simon Cureton (pictured)  who says there is an element of “smoke and mirrors” to chancellor Rishi Sunak’s £350bn Coronavirus Business Interruption Loan Scheme (Cblis) that prevents it from getting cash “quickly and effectively” to firms in what is a crunch week for the already-troubled scheme.

On Monday at 8am up to 2.3 million large and small firms begin applying for government furlough cash to pay wages as payday looms on Friday.

But so far, as of the middle of last week, only £1.1bn has been loaned to just over 6,000 companies, according to bank trade body UK Finance. The fund received over 28,000 applications, and around 300,000 firms have inquired about the scheme.

By comparison, US lenders have approved more than 300 times as much lending as in the UK while even Swiss banks have approved 98,000 business loans which are available to firms the following day.

Funding Options’ Cureton says: “The moves by the government and the Bank of England to set up the fund were quick and positive. But we have seen a measure of smoke and mirrors about how it is being run. It has not effectively changed anything because money is not being lent to firms who need it quickly and effectively.”

So far, most of the cash lend has come from two major banks. On Friday NatWest, which is 62 per cent owned by the taxpayer, has approved 5,001 business loans worth £840m. HSBC has agreed 2,026 loans worth £278.6m. Barclays, Lloyds and Santander have refused to reveal their lending.

The chancellor is due for crisis talks with the bosses of the big banks this week to discuss the stalled scheme.

When the government announced the fund on 2 April, its lending panel was made of 40 major institutions, but this has been expanded to 48 in recent days as challenger banks such as Starling Bank and alternative lenders like Funding Circle were brought on board. But large parts of the industry remain excluded.

This has been an embarrassment to the alternative finance industry, which grew its lending by over a third in 2017 to £6.2bn, 68 per cent of which was for business funding, according to the Cambridge Centre for Alternative Finance.

These lenders were set up in the wake of the 2008 financial crisis and found a niche making loans to small firms, as high street banks withdrew from this sector, fearing defaults. Funding Circle alone claims the £723m it lent to small firms in 2018, was £200m more than the entire UK banking system lent to this sector.

Smaller tech-savvy firms – covering a range of finance such as peer-to-peer firms, online banks and invoice finance specialists – moved into this sector claiming their digital platforms could speed up lending from weeks to days, sometimes minutes.

However, industries and firms prove themselves in times of crisis and the alternative finance sector risks being seen as irrelevant during this health emergency. Something borrowers will remember when they come looking for loans in normal times.

All this matters because small firms are the economic backbone of the country. Britain’s 5.9 million small firms employ 16.6 million staff and turn over £2.2trn a year, according to the Federation of Small Business. This accounts for around 60 per cent of those employed in the private sector.

Government urged to guarantee all loans

Cureton says: “Initially the government went straight to the old boy’s network of major banks, who do not have the flexible systems that newer lenders have to handle the sheer volume of these loans on their own. And even now non-bank lending is still largely left out of the process.”

The boss of the Shoreditch-based platform founded in 2011 adds that lending criteria should be loosened in these extraordinary times.

He adds: “Government should guarantee 100 per cent of the loans in the scheme, instead of the current 80 per cent. At the moment, banks are allowed to assess if a business ‘is viabale’, which banks are using as an out not to make loans.”

Cureton adds: “To change that government should guarantee all of the loan. In these unprecedented times, the attitude should be if a business was up and running when the virus hit then we should fund it through this period.”

The digital lender is far from alone. Former chancellors George Osborne, Norman Lamont and Sajid Javid, have urged Sunak to guarantee all of the loans from the fund, as have employer’s body the CBI.

Bank of England governor Andrew Bailey suggested that government could fully guarantee all loans under £25,000 might be the only way to circumvent lengthy standard bank credit checks, but added this “judgement was entirely one for the treasury”.

Shadow business secretary Ed Miliband said the fate of thousands of small firms was in the chancellor’s hands this week.

Miliband said: “The decisions taken in the coming days will determine whether some of them will survive.” Although, Miliband admits the taxpayer is taking all the risk that the loans will not be repaid, in a system that creates a “moral hazard”.

But there is a question mark over the amount of overspill extra lending alternative finance can realistically take on. Earlier this month Funding Options said more than 10,000 applications for business loans poured into its London office totalling just under £1bn. This is five times the usual amount of requests they would expect at this time of year.

But Cureton said the 85 staff at the online brokerage have so far only been able to find lenders for between £10m to £20m of those applications. Cureton adds that because many of the 70 to 80 core lenders his platform work with are not on the Cblis panel, they have to guarantee all of the loans themselves.

Cureton is talking to government about ways his firm can help the government help small firms.

Charlotte Crosswell, chief executive of fintech trade body Innovate Finance, said last week that fintech lenders have shown they “have a vital role to play and in many cases, have been the first point of contact for small and medium-sized enterprises needing financing”.

Crosswell called on “banks, Big Tech, financial institutions, investors, government, regulators and other stakeholders” to “leverage the time, energy and capital” that has been built up in fintech over the last decade.

But in this period, where many firms are fighting for their survival, they want to be sure that lenders have the firepower as well as the speed to deal with their urgent requests for funds to keep workers on payrolls.