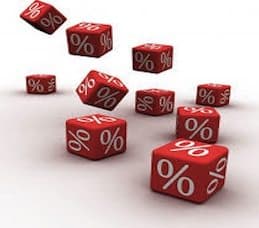 Since this is my first post for Learn Bonds, I thought it might be useful to explain how I go about interpreting bond market interest rates. More specifically, I would like to discuss how I interpret the current yield on the 10-year United States government note.

The first reason to focus on this particular security is that it is considered to be an issue that is free of credit risk. Consequently, there is no accounting for credit risk in the yield of the security.

The 10-year United States government note closed to yield 2.86 percent on Tuesday, September 3, 2013. My belief is that this interest rate is primarily determined by financial market forces and although Federal Reserve operations may impact the yield for short periods of time, that over a longer-term period of time the Fed has little overall control of this rate.

The Federal Reserve does have more direct influence over short-term interest rates but that is a story for another day.

The yield on the 10-year government note is a “nominal” yield in that all changes in the price level of the economy is not taken into account in determining the return on the security. That is, when the price level changes in the economy, the purchasing power of the money tied up in the principal of the note will change. If prices go up, the purchasing power tied up in the note, the real value of the note, goes down.

It is assumed, therefore, that the current yield of the 10-year government note will include an adjustment in the yield that will account for the expectation of market participants of what the inflation rate will be over the next ten years.

The question then becomes, how does one choose the “expected” rate of inflation to use?

If we do this, we then come up with an “expected” real rate of interest that investors will earn by investing in the 10-year government note of 0.86 percent or 86 basis points.

Is there anything that we can compare this “expected” rate with to see if our assumption makes some sense?

There is, the yield on the Treasury’s Inflation Protected security (TIPS), which is seen as a “real rate of interest.” The government adjusts the yield on this security to take into account changes in the rate of price inflation in the United States. At the close of business on Tuesday, the yield on the 10-year TIPS was at 0.72 percent or 72 basis points.

Since, in this case, the two “real” yields seem to be close to one another that we could use the yield on TIPS as an estimate of what the market believes the “real” interest rate to be. Then, working backwards, one could estimate what the make is expecting the rate of inflation to be over the next ten years and get away from what the Federal Reserve is claiming to be its goal. This would allow us to rely on “market expectations” perhaps a more reliable indicator over time of what actual inflation might turn out to be.

This would mean that at the current time the market seems to be expecting that the rate of inflation in the United States over the next ten years to be 2.14 percent. It can also be added that even with the large changes in the “nominal” yield on the 10-year Treasury note over the past four months or so that the market expectation of future inflation calculated in this way has remained relatively steady at between 2.10 percent and 2.20 percent.

Can we use this relationship to say anything about the future yield on the 10-year Treasury?

Economists argue that the “real” interest rate should bear some relationship with the “real” growth rate of the economy. In the second quarter, the year-over-year rate of growth of “real” Gross Domestic Product in the United States was 1.6 percent. Many economists believe that this rate of growth will increase but will stay over the next couple of years, at or below 2.5 percent.

This means that the “real” interest rate should rise in the next year or two and increase from the current 0.72 current level to somewhere in the 2.00 percent to 2.50 percent range.

If this is the case, and if the market expectation for inflation remains around 2.15 percent as estimated above, then the “nominal” interest rate on the 10-year Treasury note should rise on the next year or two to a range of somewhere between 4.15 percent and 4.65 percent from its current level of 2.86 percent.

Of course the exact timing of this rise cannot be predicted with much degree of accuracy. The exercise just works with relationships that have seemed to hold up historically.

Part of what I will be doing in my weekly posts is to interpret why interest rates are at the levels they are and why the relationship between yields are as they are.