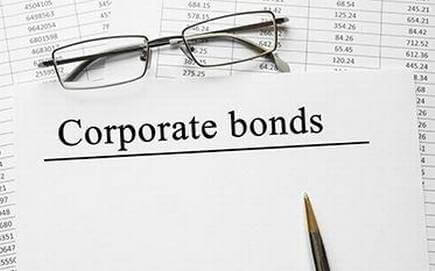 Corporate bonds in India, those done by private placement at least, experienced a four-fold increase for the month of May. This amount to a little over 435 billion Indian Rupees, completely dwarfing the 105 billion of the previous month confirmed by data from the Security Exchange Board of India (SEBI). Total issuances in April amounted to little over 700 billion Indian Rupees.

The average corporate spread for 3-year debt that is rated AAA rose by 15 basis points, reaching a level of 135 basis points, a nice increase from the 120 basis points that it found itself in the previous month. One example is the Nabard 3 year debt that was issued on the 23rd of May for a coupon rate of 7.85%. On the same day, G-Sec bonds were being traded at 6.78% giving a spread of 107 basis points. Comparing these two on the 18th of April, they gave a spread of 93 basis points – with Nabard paper being issued for 7.90% and G-Sec trading at 6.97%.

A key factor in aiding the fall of corporate bond yields in May was largely due to a rapid increase of buying by both foreign and domestic investors. The market sentiments were positive due to extremely welcome post-election results. These brought yields down int he secondary market.

Bonds dealers say that the rate cuts by the Reserve Bank of India, which were set at 25 basis points, helped bring about the moderation in yields over a period of a few months. Coupling that, with an increased appetite for corporate bonds from insurance companies, provident funds and mutual funds.

Due to the increased demand, and the reserve bank cuts, more and more companies are looking to issue corporate debt soon. Sebi’s mandate of borrowing being 25% of a corporate’s debt allowance, a rule that has kicked into gear from April the first, is what is pushing the increase in bond issuance. Corporates in India are described as listed companies that have a AA debt rating and more than a billion rupees of long term borrowing on their balance sheets.

The current climate is ripe for more corporate issuance to take the place of crashing bond yields with regards to sovereign debt, particularly in Europe. The 25% rule and the rate cute in India have come at just the right time for investors that are looking for shorter-term debt with higher yields. It seems that India will be reaping the rewards of taking action at the right time.