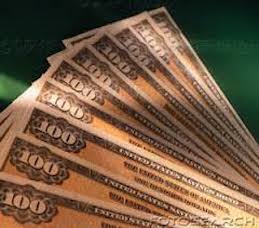 Savings bonds are sold in two varieties, I bonds and EE bonds. EE bonds pay a fixed rate of interest until maturity (20 years after issue) and then are guaranteed to double in value. I Bonds pay a fluctuating rate of interest which is tied to inflation. Or, to be more precise, I Bonds have a fixed component which remains constant through the life of the bond and a floating component that tracks the Consumer Price Index (CPI-U).

On November 1st, 2013 the Treasury Department Announced the rates for newly purchased saving bonds. These rates are applicable for savings bonds purchased from November 1 st, 2013 through April 30th, 2014

These rates are very unusual. (Historical Rate Table)  Never before has the fixed rate component of a newly issued I Bond been higher than the entire interest on a newly issued EE-bond. It almost defies logic.

Why would a person buy an EE bond instead of an I Bond?

I am convinced that I Bonds currently represent a much better buy than EE bonds but . .

There are two possible arguments that could be made for buying EE bonds instead of I Bonds. If inflation is negative, the I Bond could pay zero percent interest in subsequent 6 month periods of time after purchase. When CPI-U is negative, CPI-U is deducted from the fixed component to calculate the total interest rate for I Bonds, with a floor of zero percent. It’s a remote possibility that in the future, the total interest rate on I bonds could be 0.0%. For EE bonds to be the better buy, inflation would have to be negative for a decade if not longer.

The other argument is more plausible. When held until maturity (20 years), EE bonds pay an effective interest rate of around 3.5%. Thus, if you absolutely are sure that you will not need the funds for 20 years, you’re better off buying an EE bonds (assuming the average inflation rate is less than 3.3% during that period time).

If your time horizon is shorter than 20 years, CDs may be a better potential investment than either I or EE Saving bonds. If you got Learn Bond’s CD rates page, you can find several 5 year CDs that pay around 2% interest.