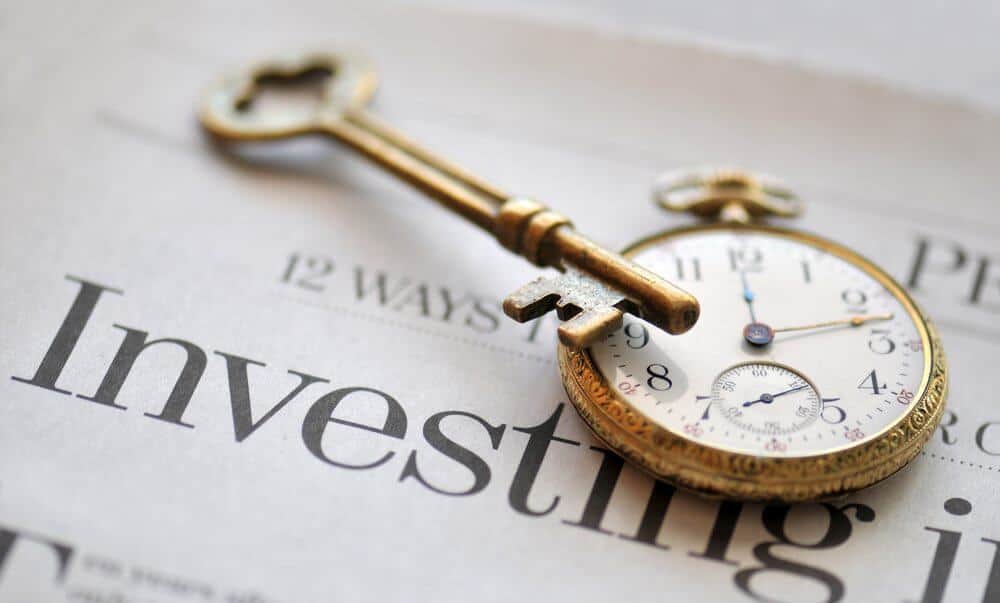 Apple Inc. (NASDAQ:AAPL) is widely tipped to become the first $1 trillion stock in terms of market value as the world’s most valuable company continues to lead the pack. However, the likes of Google, now Alphabet Inc. (NASDAQ:GOOG) (NASDAQ:GOOGL) and Microsoft Corporation (NASDAQ:MSFT) are not far off while the likes of Wells Fargo Company (NYSE:WFC) and Amazon.com Inc. (NASDAQ:AMZN) among others lag some distance behind. 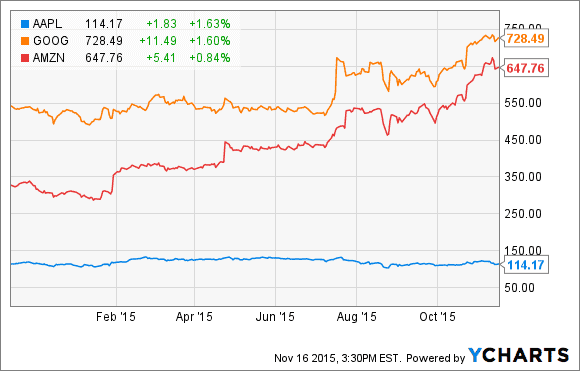 Currently, shares of Apple trade at $114, and yet that price appears to be relatively cheaper when compared to that of Google stocks, which stands at about $728 per share, and Amazon stock currently pegged at about $$647 per share.

This implies that for an investor looking to invest in Google or Amazon, it would require them a lot of money to buy a handful of shares as compared to buying shares of Apple. Nonetheless, even the $114 required to buy a single share of Apple may not be as cheap as it seems. Some investors can barely afford to buy 10 shares of Apple at that price if they are to keep a balanced portfolio of 5-10 stocks.

As such, you would find investors going for stocks trading at lower prices because that way, they can manage to build up a small, but balanced portfolio. However, the high pricing of shares of these stocks does not necessarily mean that they are expensive from a valuation perspective.

For instance, both Netflix (NASDAQ:NFLX) and Microsoft trade at about $54 per share each, but yet when you look at the P/E multiples, they are relatively more expensive than their counterparts Apple and Google.

Netflix trades at a P/E ratio of 295x compared to Apple’s P/E of just 12.4x and Google’s multiple of about 33x. This makes the stock very expensive from a valuation perspective, but investors can buy more shares of the company than they would be able to afford when buying Google shares, give the same amount of money.

So how do you invest in these “expensive” stocks?

One of the best ways would be invest via CFDs. With CFDs (or Contracts for Differences) is an emerging way of investing in stock derivatives. Here, investors can buy 10x the number of shares they would buy via an exchange based broker given the same amount of money due to the use of margin. Most CFD brokers provide 10x-20x leverage on investor equity thereby enabling them to invest in more shares than they would be able to under normal circumstances.

Binary options have also emerged as a means to investing in stocks without necessarily needing a huge cash outlay especially for expensive stocks such as Google and Amazon.

In a recent conversation with OptionsClick analyst, Jason Collins, he told me that CFDs and binary options are proving to be viable ways in which investors with low capital can capitalize on opportunities presented by expensive stocks.

“When an investor joins us, we usually try to understand their investment profile so that we can advise them accordingly, and in doing so, we have learned that most of them use binary options as a way of diversifying their portfolio. With instruments such as binary options and CFDs they are able to invest in more stocks including the most expensive ones while maintaining a balanced portfolio”, he said.

However, just like it is the case of several money making opportunities out there, there are various risks associated with investment in these instruments, and one of the most common risks is the possibility of falling in the hands of scammers.

The best way to avoid such scenarios is to do background checks on the broker before depositing your money and one of the steps that an investor can take is by reading various reviews about the broker. Take an example of Finpari, which is another binary options broker.

If you want to know how genuine they are you can simply Google the name against a phrase including the word scam, and you could land in a page such as Finpari Scam Review, where you can learn more about the broker.

There are other things that you can do such as verifying regulation status and monitoring the broker’s social pages to see what current and former clients are posting about the broker.

Now, while these instruments offer ideal options for investors to invest in expensive stocks, it is important to note that investing in CFDs is prohibited in the US, and while binary options can be traded in the country via a few brokers, this excludes stocks.

Investing in shares is one of the best ways of taking advantage of the volatile nature of stock markets, but as illustrated in this write-up, some stocks can be very expensive thereby requiring huge cash outlay in order to afford a handful of stocks. There are a couple of ways of going around such situation, but yet again US investors are not so lucky in that respect.

However, a stock that requires huge cash outlay does not necessarily qualify as expensive from a valuation perspective, and good example in that respect is Apple versus Netflix. There are also other parameters to consider that can sometimes push the price of a stock high, and along with the P/E multiple.

For instance, Netflix’s growth potential is high. The company has been reinvesting in the business with a bid to dominating the video streaming market in the US and across the world. The same case can be made when analyzing Amazon and this is what investors have been betting on. They believe that these two companies are investing in the future and that their cash commitments now will bare fruits down the road.

The bottom line is that given the long term prospects, some investors might want to make the most of the short term movement by investing via alternative instruments such as CFDs and binary options, while still maintaining a long term stake in the companies.