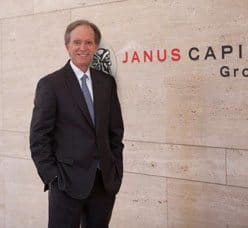 In the fallout from his much publicised ousting from Pimco, the fund management firm he co-founded, Bill Gross was upset about one thing: Despite 40 years at the top of the fixed-income world, Gross believes his recent track record has been misunderstood or misrepresented.

Gross was so incensed that he reached out to Barry Ritholtz in an effort to get the story straight. Ritholtz, never one to miss a trick, agreed to look over the performance of Gross’ Pimco funds while gaining a rare interview with Gross for his excellent Masters in Business podcast.

Ritholtz and Bloomberg looked over the data of Pimco’s flagship Total Return Fund during the past few years, along with the performance of the five closed-end funds Gross managed at Pimco, as well as the strength of Pimco as an asset gatherer, driven in large part by Gross, particularly since 2011.

Some of what Ritholtz discovered was surprising; some was as expected. But one thing is beyond doubt: Gross’s impact at the firm he co-founded, in terms of performance and assets raised, was enormous.

You can read the full article here!

Learn Bonds: – The implications of falling oil prices to the U.S. economy. – Cheap oil is both good and bad news for the U.S. As per IMF’s analysis, it is net positive to U.S. economy; every drop of $10 in price adds 0.1% to the US GDP. But oil companies and the Shale industry will suffer.

ETF Trends: – Muni Nation: What to know heading into 2015. – We begin this year in a very different place than where we were last January. What will the Federal Reserve do and when? Will the U.S. economy show more than uneven and uncertain improvements? Will economic slowdowns in Europe and China continue to prompt “flights to safety” into U.S. Treasuries, pulling potential positive performance from municipals?

FT: – Munis must not rue an opportunity missed. – (Subscription) It is possible economic historians will look back on this era with harsh criticism of how the US missed a once-in-a-lifetime opportunity to upgrade its crumbling roads, pitiful public transport and failing schools.

ETF Trends: – Bond basics for retirees. – In two recent Blog posts, I explored how bonds aren’t just for old people – first taking a look at the ways millennials can use bonds, then providing tips for 30-somethings (and beyond) to put bonds to work. The story wouldn’t be complete without some bond basics for retirees, so that’s what I’ll walk us through today.

NY Times: – For bond investors, that other shoe still didn’t drop. – BONDS confounded conventional wisdom in 2014 with a much-better-than-expected return. Yet the bellwether Treasury note ended 2014 at 2.17 percent after starting it at 3 percent. And while the United States economy showed some vigor — typically a trigger for rates to rise — global investors fleeing weakness in other markets were eager to buy American bonds. That demand pushed bond prices higher and yields lower.

MarketWatch: – So much for midyear: bond market now expects 2016 Fed rate hike. – The spread between short-term and long-term U.S. Treasury yields, known to bond investors as the yield curve, has widened during the past two sessions—a sign that bond investors now expect the Fed to begin raising interest rates in 2016.

Bloomberg: – Junk-bond quality bigger threat than rates, Morgan Stanley says. – Investors are more concerned about credit risk and liquidity in the junk bond market than the prospect of rising interest rates, according to Morgan Stanley.

ValueWalk: – Stretching the high-yield rubber band. – The 10-Year Treasury note recently pierced below the all-important psychological 2% level (1.97%), which has confounded many investors, especially if you consider these same rates were around 4% before the latest mega-financial crisis hit the globe. So what gives…why such low interest rates?

The Motley Fool: – GameStop’s juicy 3.9% yield is a trap. – Fate isn’t any more upbeat than it was when it hit a new 52-week low last month, or when it posted disappointing quarterly results a month before that. The leading video-game retailer is in a funk, and it’s not a real surprise.

Morningstar: – Energy sector continues to pressure corporate bond credit spreads. – Whereas last quarter we thought credit spreads were generally fairly valued, albeit at the tight end of the range that we consider fair value, we now see credit spreads at the wide end of the range that we think is fair value. We expect high-yield bonds will provide a better return than investment grade in 2015. The issuers most affected by falling oil prices have taken the brunt of losses over the past month, and the additional carry in the index will help to offset any further widening if oil prices fall further.

IFR Asia: – Janus cautious on EM debt. – Janus Capital Group has been attracting eye-popping fund inflows since Bill Gross joined from Pimco last year, but emerging-market credits, especially those in Asia, may not be the key beneficiaries.

Artemis: – $2.7B of catastrophe bond maturities shrink ILS market as 2015 begins. – Having reached the largest size in its history at the end of 2014 at $25 billion, the catastrophe bond and ILS market has now shrunk by almost $2.7 billion, as vintage deals mature at the start of 2015, leaving the outstanding market at $22.337 billion today.

Investment Week: – Investors urged to abandon ‘traditional’ themes in 2015. – Fund buyers and investors face a challenging 2015 as they weigh up how to diversify in the face of crowded trades and elevated valuations, market commentators have suggested.

Bloomberg: – The bravest bond buyers now have ways to beat boring 1.5% yields. – Are you an investor who’s spent years waiting for yields to rise? There’s some good news on this front: Plummeting oil prices and disappointing prospects for global growth have created a swelling pool of bonds that yield at least four times more than benchmark securities.

Pensions and Investments: – Dodge & Cox grows on performance, PIMCO flow. – Assets under management at the San Francisco-based firm reached $270 billion as of Dec. 31, the highest in its 84-year history, company data show.

Bloomberg: – Gross says Pimco fired him after offer to scale back role. – Bill Gross said he was fired from Pacific Investment Management Co., the first time he has publicly stated that he was dismissed from the firm he co-founded in 1971.