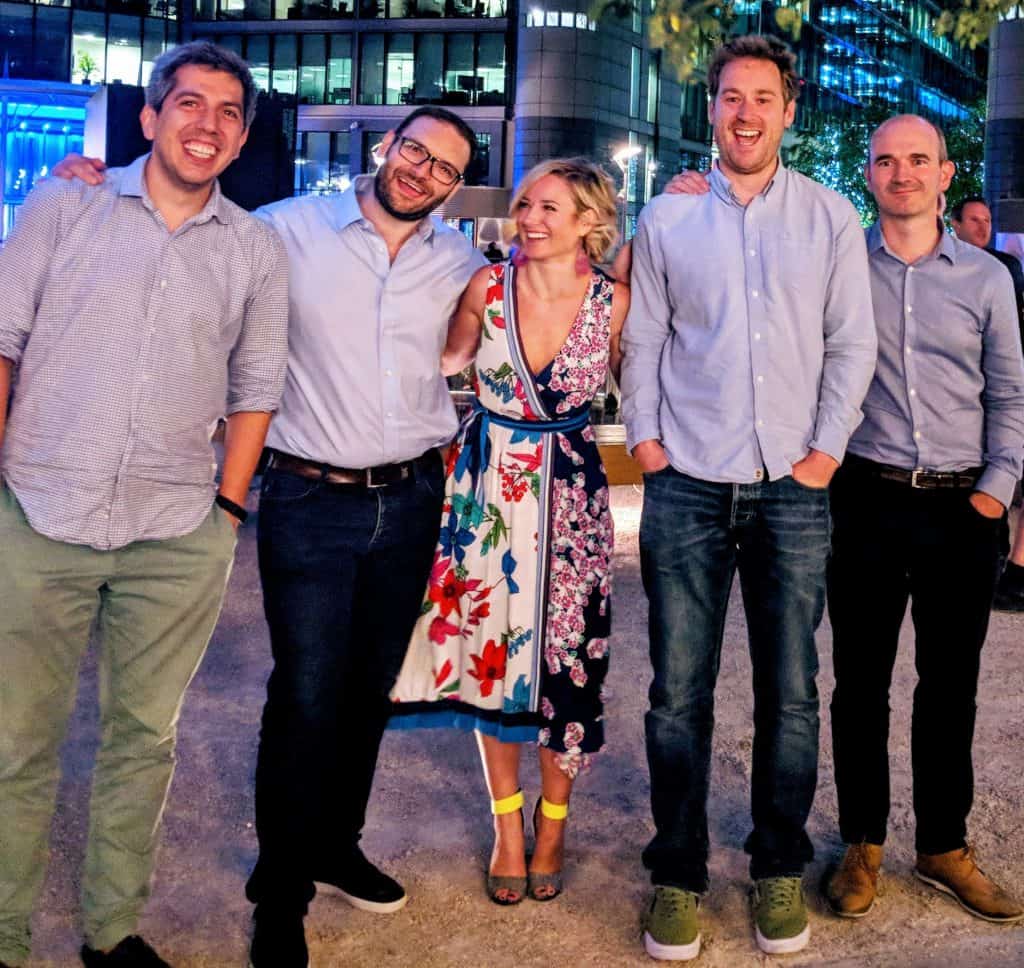 The London-based fintech, which said it has downloaded 800,000 home bills and helpied customers manage over £25m a year, said it will close on 1 December after hitting a financial “roadblock”.

“Without deeper pockets to both acquire significantly higher volumes of customers and invest further in customer journeys that generate revenue and would lead to an overall profitable business, we aren’t in a position to continue with providing Onedox as a direct to consumer service,” said Onedox co-founder and chief executive Dave Sheridan (pictured, far right) on the firm’s website.

The business launched in 2015 to bring together household energy, Internet, TV packages as well as car and home insurance. The service said it would monitor when contracts ended and search markets for better deals.

It switched from a free service to £3 a month in September, but that was not enough to save the firm founded by Sheridan, Hugh Nimmo-Smith and Richard Lewis, who all have a background in growth start-ups. It is unclear how many customers used the app.

The business raised just over £500,000 in 2017, with just over half of that coming from 500 small investors on crowdfunding site Crowdcube. It employs between 11 and 50 staff, according to tech database Crunchbase.