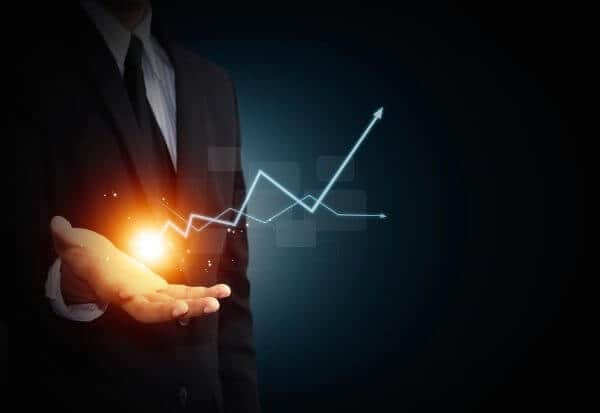 Volatility has become a mainstay consideration for today’s stock investor. If one is not prepared to see paper capital bounce around by multiple percent on a daily basis, even the most diversified of index funds should be avoided. Forward top- and bottom-line business clarity has become highly uncertain, and the back and forth, lower-skewed market that we see today is a clear reflection of that reality.

Certain sectors have felt the pain more than others. Most pockets of energy have seen extreme earnings drop-off, as the price of a barrel of crude sits 70% lower than highs of less than 2 years ago. Mining and metals companies or others levered to a large swath of commodity prices have also taken it on the chin. Even well capitalized legacy market leaders have been forced to retool and downsize business and slash cash payouts to investors.

Meanwhile, though a soft energy patch provides a break for middle America’s John Q. Public, the severity of the drop has caused a ripple effect with regard to non-energy companies dependent on sector spending. Also, the large swath of energy enterprises with non investment grade credit profiles are also being pressured. In addition to obvious potential issues with debt service, the ability of these companies to raise additional unsecured capital has been impacted.

Retail is another space that seems to have shown some larger than expected voids in the armor through the holiday shopping season. Bellwethers like Macy’s, Inc. and Nordstrom, Inc. , amongst others have reported near-term weakness and ongoing same store sales issues. Lest you thinkAmazon.com, Inc. is the prime reason for brick and mortar issues, Jeff Bezos’s baby similarly took a bit of a hit last week on its earnings, somewhat dampening investor enthusiasm. The death of free standing retail, like it has often been in the past, is being highly exaggerated.

Taking Shelter In The Storm

While the value or contrarian investor might be willing to step below the falling knife and attempt to catch it, a rebound path in this commodity-deflationary environment seems far from certain. Given the duality effect of supply/demand economics and speculator activity on these businesses, there may be less long-term upside here than many may care to realize.

A popular rotation has investors taking shelter in Internet-related enterprises given their relative, and sometimes astounding, outperformance compared to run of the mill blue chips and indexes. Still, this is starting to look somewhat like the technology mania of the late 90s, which didn’t end so well for a preponderance of enterprises. I would opine that you may be taking more risk, all things considered, investing in Netflix, Inc. , Facebook Inc  et. al., than taking a chance on a run-down, yet well capitalized out-of-favor stock.

The so-to-speak “slam dunks” seem few and far between nowadays. Even for companies that have been able to navigate a wholesale list of pitfalls in the global marketplace, elevated valuations have led to unpredictable price performance in many stocks generating consistent performance. As I’ve cautioned time and time again, when the market takes the opportunity to correct, it generally takes no prisoners on a price level.

Slow And Steady Wins The Race

The following stocks represent a gravitation to quality, but not necessarily value. Though I would not consider them the most imaginative ideas, they have been consistent performers with secular winds at their tail. Companies with sound financial performance are oft given a premium earnings multiple by investors. In this day and age, I’d argue that the more conservative equity investor should gravitate in this direction, rather than try to play hero with overly speculative or conversely, overly out of favor stocks.

The first stock is Honeywell International Inc.  a diversified conglomerate providing innovative products to both consumers and enterprise. In an era where the industrial space has been teetering on the brink of recession, HON hasn’t had a particularly handsome top line. but it has been efficient and has been a serial margin raiser. The company’s yield, 2.3%, isn’t eye-popping either, but it has room to raise its dividend in robust fashion, regardless the operating environment, over at least the next half decade. While it does have some exposure to energy capex, it is an overall small piece of Honeywells overall revenue pie.

Second on this short list is Microsoft Corp . Since Steve Ballmer stepped aside and the company named Satya Nadella CEO, results have been generally exceeding Wall Street’s expectations. The company continues to transform itself away from dependence on Windows and to alternate productivity, consumer-oriented, and cloud-based revenue competencies. Where others like IBM have failed to successfully reinvent themselves as of yet, Microsoft has been proving its value to investors.

The last thought on this slow and steady list is a REIT, MAA, Inc., formerly known as Mid-America Apartment Communities Inc  I’ve been recommending this stock for nearly a year now, a stretch where it has appreciated about 25%, compared to the market’s overall down trend. MAA is an apartment landlord, with properties primarily located in the SunBelt region. It is transitioning itself from a mid-tier player in this space to one with an attractive, increasingly unencumbered asset base and incrementally improving balance sheet. Over time, I think this company could widen its valuation multiple even with top-tier apartment REITs given its consistency, handsome financials, and attractive portfolio growth prospects.