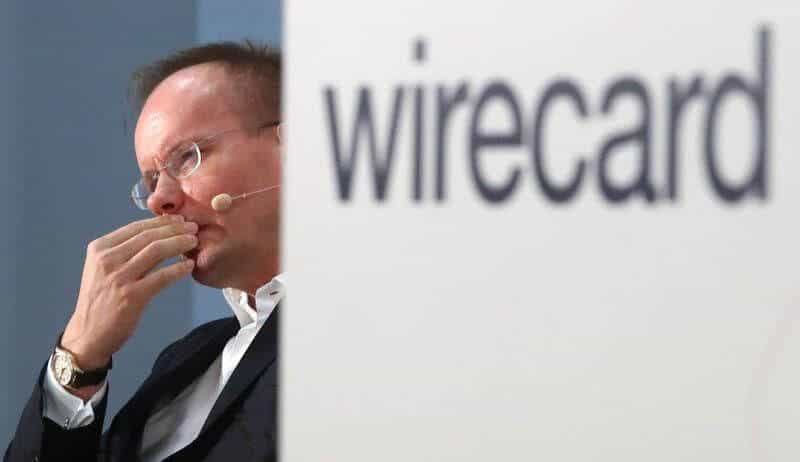 Ten hedge funds including Coatue Management have likely benefited from the collapse Wirecard this week. The companies are estimated to have made are more than  €1.5bn ($1.7bn) from bets against the German payments firm.

Right before Wirecard fired for insolvency on Thursday, its shares crashed to  €,2.5 from  €,104.5 a week ago, before the company revealed a $2.1bn hole in its accounts. The shares have crashed 97% in the last week.

The national fintech champion was worth $28bn after it was admitted to the DAX stock index two years ago, but now becomes the first company admitted to the market of Germany’s 30 largest listed firms to go bust.

The firm’s chief executive Markus Braun (pictured) was arrested on Monday in relation to the accounting scandal, but posted €5m in bail set by a Munich court and walked free the following day. On the same day the group finally admitted that the money probably does not exist.

Wirecard’s long-time auditors E&Y accused their client of “an elaborate and sophisticated fraud” that allowed more than $2bn to go missing.

E&Y should have ‘looked through’ Wirecard fraud

But Mirabaud analyst Neil Campling said: “E&Y bear responsibility for this. They were defrauded like everyone else but, as auditors, they should have looked through it. It is amazing that they signed off on the 2018 account.”

Coatue Management is the hedge fund with the largest short position, which got the company a €271m profit on paper, according to Reuters calculations.

Together, the 10 hedge funds have made hundreds of millions between the company announcing its mammoth accounting hole on June 18 and Thursday, when it applied for insolvency.

The ten hedge funds each had a short position greater than 0.5% of shares in issue, which triggered public disclosure requirements. However, the number of short sellers to have likely to have bets against Wirecard, is expected to be much higher.

Over 82% of company shares available to loan were being shorted on Thursday, showed data from FIS’ Astec Analytics. Data firm Ortex found that only 12.5% of short positions had been closed in the past week, leaving 16.8 million – or 15% of all shares – shorted.

“In a week when the share price dropped by over 90% and the chief executive was arrested, it would have been easy for hedge funds to take a profit and run,” Peter Hillerberg, co-founder of Ortex, said in a release.

Wirescard has been fighting whistleblower allegations of accounting fraud for more than 18 months. A forensic audit by KPMG, which Wirecard’s supervisory board commissioned after the Financial Times made a series of allegations about how it documented sales, failed to allay concerns when its findings were published in April.

Shorting a stock involves borrowing it from an institutional investor, selling it, and then buying it back to return to the investor when the shares have fallen, pocketing the profit. You can learn how to short a stock or find a stock broker to invest with.