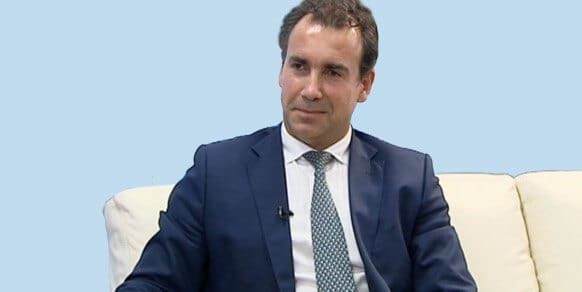 Hedge fund manager Diego Parrilla (pictured), who returned 47% in 2020 by investing in gold and Treasuries, says the next decade will be marked by inflation that central banks are unable to control.

Parrilla heads the $450m Spanish-based Quadriga Igneo fund, which profited from the market crash early this year. His stance on the unprecedented monetary stimulus governments are handing out is that it will fuel asset bubbles and corporate debt addiction, The result, he argues, would render interest-rate hikes impossible without an economic crash.

One possible scenario sees gold rising to $3,000 and even $5,000 an ounce in the next three to five years, up from the current price of $1,800. The yellow metal has always performed well in times of severe economic duress and the coronavirus pandemic has been unprecedented in its effect on capital markets and the global economy.

“What you’re going to see in the next decade is this desperate effort, which is already very obvious, where banks and government just print money and borrow, and bail everyone out, whatever it takes, just to prevent the entire system from collapsing,” Parrilla told Bloomberg News in Madrid

Unlike traditional funds whose focus is on generating steadily positive returns over time, Parrilla’s fund is predisposed toward hedging against the next big crash while generating capital over time.

The Wall Street consensus is sanguine on the price pressures spurred by record stimulus spending, and calls for faster inflation have turned out to be wrong for years, Parrilla argues.

Gold has been enjoying a bullish run in the wake of a weakening US Dollar and rising inflation expectations. Worsening US-China relations, a dramatic spike in COVID-19 cases and a possible stimulus that could strengthen the euro have also contributed to the global uncertainty that saw investors rush to safe-havens.

Despite Federal Reserve Bank of San Francisco President Mary Daly and Richmond Fed President Thomas Barkin confirming earlier this month that outsize inflation isn’t a concern as the Fed has the tools to deal with it, from Parrilla’s perspective, the stimulus packages will only exacerbate deeper issues within the financial system. This could further destabilize the already fragile economy.

The value of his defensive portfolio has jumped in February and March as fears over the global pandemic ripped through capital markets. The fund is about 50% invested in gold and precious metals, 25% in Treasuries and the rest in options strategies that profit from market chaos, such as calls on gold and the US dollar. “This is the part that makes us super explosive,” he said.

Parrilla, who has a background in mining engineering and previously ran the commodities department for Old Mutual Global Investors, describes his investment process as a search for anti-bubbles or cheap assets that do well when bubbles burst.

Despite current US or European economic data showing no evidence of price pressures, and investors pouring money into bonds this year. Parrilla says the long-term will prove otherwise.