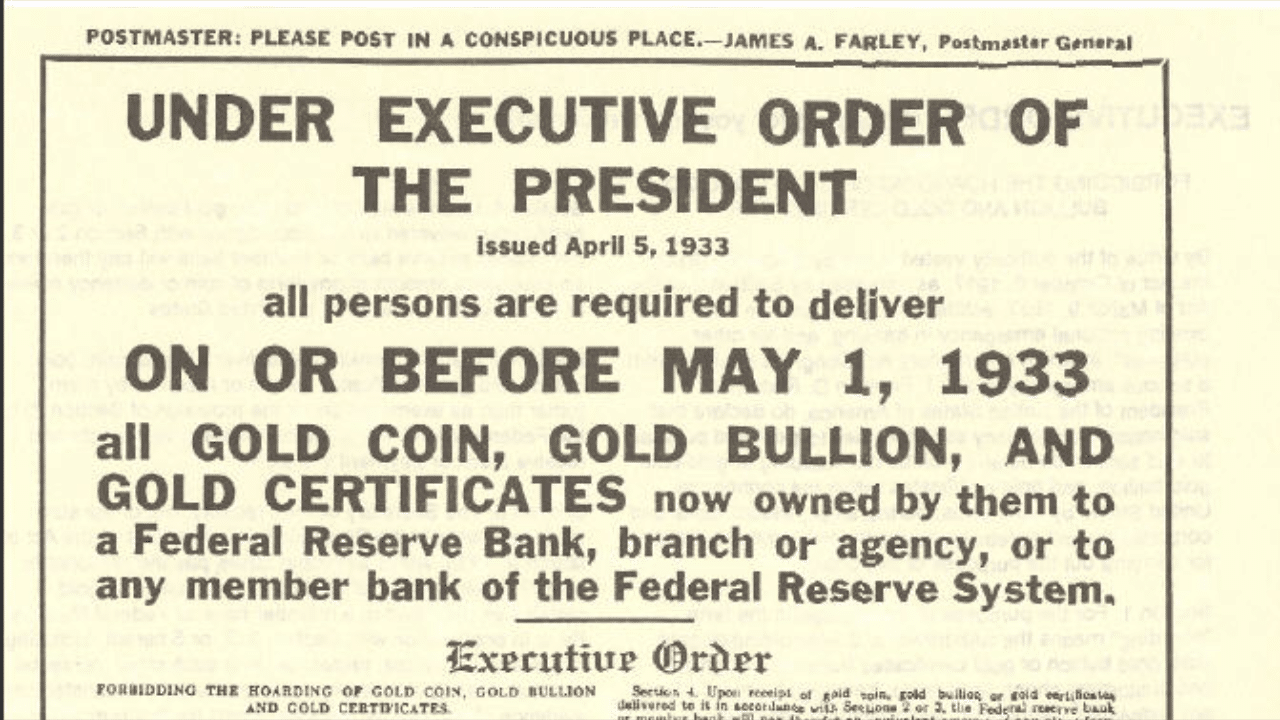 In fact, these opposite views share one incorrect assumption: that there even is a single correct answer. That as long as the question is the same–Is gold a good investment?–the answer will be the same across contexts, times and peoples.

Gold investing is a shifting, evolving field. The rock doesn’t change, but the ways you can own it–and the viability of doing so–have gone through seismic shifts throughout history.

For example, many assume that 1848-1852 was a great time to get into gold. Vast fields of it were discovered in California, so over 300,000 people went there to dig up some of their own, in the hopes of making a quick fortune. Then reality set in. Most of the profits were sucked up by a lucky few and, as gold flooded the market, the basic costs of living skyrocketed.

Gold is commonly thought of as an inflation defense but, in the mid-1800s, it was an inflationary cause. A devastating one, at that.

The next major wave in gold investment came nearly a century later. With the onset of the Great Depression, Americans flocked to the asset they thought would retain its value. It was smart thinking, until the government stepped in.

To reinvigorate the economy, the Federal Reserve had to print money. But the U.S. dollar was backed by gold reserves. The government needed more gold to print more dollars so, with Executive Order 6102, President Roosevelt began appropriating from ordinary citizens. No longer could regular folk hold more than $100 worth of the precious metal (a couple thousand dollars in today’s terms). Exclusions included “customary use in industry, profession or art,” and certain “coins having recognized special value to collectors of rare and unusual coins.” It was a raw deal, not least because the government paid $20.67 per troy ounce and then, the following year, raised its value to $35.

The law against hoarding gold remained in place for 30 years and, really, it was for the best. Even by the end of 1970, the price of an ounce remained under $40 (it performed much better in the decades that followed). That means the $100 worth of gold you might have kept hold of in 1933 would’ve still been worth little more than $100 after three decades. Even that same amount of money parked in an ordinary, low-interest savings account might’ve earned an extra 60 or 70 bucks over the same time period. And what if you’d invested in bonds or stocks? The difference in ROI would’ve made your eyes water. $100 in the Dow Jones in 1933 would’ve become around $840 by 1970. And that’s disregarding reinvested dividends, which would’ve added to the total.

These figures don’t even tell the whole story because, historically, investing in gold has come with hidden costs. For example, if you owned any more than could fit in a jewelry box, where were you going to put it? Hiding it under your mattress was one solution, but not exactly an ideal one. More often than not, serious investors had to pay for storage. And what about insurance? If gold represented a significant chunk of your net worth, you couldn’t afford to lose it. Thus, you’d want to pay an insurance company to cover the worst-case scenario.

Suffice it to say: owning gold was not an attractive prospect for a large chunk of the 20th century.

These days, investing in gold is much more viable. It’s performed better but, also, it’s just simpler to do. You don’t need to purchase any special insurance, or storage, or worry about price manipulation. You don’t even need to have a lot of money. That’s because financial institutions have invented investment assets that are tied to gold but present a very low barrier to entry.

As an example, there are gold ETFs. With even just the 20 or 30 bucks in your pocket, you can purchase a share in one of these funds. They trade like stocks but track the price of gold rather than the value of a company. All these securities are backed by real gold reserves so, really, you are buying gold, just with one extra step in the middle.

Even more novel offerings have come on the market in recent years. Right now, for example, there are cryptocurrencies that work just like gold ETFs. By purchasing a gold-backed token, such as the AABB Gold token (AABBG) minted by Asia Broadband, Inc. (OTC: AABB), you adopt legal ownership over a small share of the provider’s gold holdings. Each token is supported at a minimum of 0.1 grams of the spot price of gold and is backed 100% from the mining production segment of the company.

Currently, price appreciation is driven by market demand and the limited supply of the tokens released into circulation. In September 2021, with the release of their proprietary exchange, users will be able to complete quick two-way exchanges of their AABB Gold tokens for major cryptocurrencies such as Bitcoin, Ethereum and Litecoin, giving the AABBG the same potential for price appreciation as major cryptocurrencies. Tokens like these offer the best of both worlds – the stability and slow growth of physical gold and the uncapped growth of cryptocurrency.

Compared to ETFs, users can purchase very small amounts of gold-backed tokens at a time–whereas ETFs typically trade for at least 15 or 20 dollars a share.

Gold-backed securities like these have spoiled us. We take for granted, now, that investing in rocks is so simple. But it wasn’t always this way. Throughout history there have been restrictions, laws, costs, ways to circumvent those costs, changing market conditions and contexts. So, when somebody tells you that gold is a great investment, or a bad one, remember that the answer is often changing. It is neither objectively good nor bad, just better or worse at any given time and place.

That is probably why everybody has such strong opinions about gold: because the true answer just isn’t as satisfying as shouting “Buy! Buy!” or “Sell! Sell!”