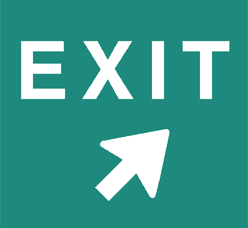 Jeffrey Gundlach founder of DoubleLine Capital LP has changed his opinion on Junk bonds. Less than 12 months after saying the Federal Reserve’s stimulus package would help support the market for speculative-grade debt for another four years, the bond maven is trimming his allocations.

“With borrowing costs for the least-creditworthy companies approaching a record low, junk bonds no longer provide enough of a buffer from rising Treasury yields as the Fed scales back its bond buying,” Gundlach told Bloomberg this morning.

“They’ve squeezed all the toothpaste out of the tube.” He went on to say. “There is interest-rate risk that’s just being masked by fund flows holding up the prices of junk bonds.”

In response Gundlach has cut DoubleLine’s allocation to speculative-grade debt to 3% in its $1.8 billion Core Fixed Income Fund, compared with the firm’s expected average of 10%.

Gundlach’s move may come as a surprise to some, since the speculative-grade global default rate is forecast to fall to 2.1% in December, down from 2.9% at the end of 2013, according to a Moody’s note March 7.

Howard Marks, founder and chairman of Oaktree Capital Group LLC explained it best, when he told Bloomberg. “We know which way the tide is going, and we know it won’t go that way forever, but we never know when it will turn.”

BondBuyer: – Regulators urge Treasurers to lead. – Federal regulators are urging state treasurers to take a leadership role in encouraging municipal governments to comply with their disclosure obligations, and are warning that further rulemaking and guidance will have a major impact on municipal bond issuers.

Income Investing: – Even after strong returns, rising supply, Wells Fargo still bullish on munis. – Munis have followed up a lousy 2013 with a great 2014 so far, returning 3.3% on average, per a Barclays index, and an eye-popping 6.5% for the high-yield muni sector. That doesn’t mean they’re going to run out of gas, even amid a rising supply of new muni bonds, according to Wells Fargo Wealth Management, which says today that high-grade munis are the only bond asset class that it currently overweights.

LearnBonds: – The long and short of today’s bond market. – Bond investors are being told that there is tremendous risk in holding longer duration bonds. I have cautioned similarly in previous articles. And that might be true. Of course predicting the future path of interest rates might be akin to forecasting next week’s weather. We can see storms brewing in the distance, but generally can’t tell how much rain or snow will fall until the storm is much closer, and even then we are rarely perfect.

Market Realist: – Investors are interested in the long end of the Treasury curve. – Many investors fled from riskier assets, including high yield bonds and emerging market stocks on the face of prevailing tensions in Ukraine, resulting in movements towards safer long-term government bonds.

FMD Capital: – Investors should avoid adding new money to junk bond ETFs. – High yield bonds, otherwise known as junk bonds, have been an excellent source of capital appreciation and income for several years now.  They have benefited from the Fed’s ultra-low interest rate mandate, which has forced income seeking investors to broaden their horizons for risk assets.  This in turn has prompted billions of dollars to flow into below investment grade credit quality holdings at a tremendous pace.

YCharts: – How to replace risky junk bond income. – Today’s low junk yields increase the risk that a backup in yields from their abnormally low levels would pressure junk total returns. Investors with a more conservative or moderate risk tolerance who have been reaching for yield in the sub-investment grade market might consider moving up in credit quality.

Income Investing: – For junk bonds, rate risk threatens, emerging markets beckon. – The junk-bond market has slowed a bit in the past few weeks, although it’s still returned 2.5% already this year. The so-called “high yield” market’s average yield is now down to a pretty meager 5.37%, and such low starting yields expose junk bonds to heightened levels of risk if interest rates rise, which isn’t typically a great concern for junk-bond investors.

A Wealth of Common Sense: – Why bonds belong in a diversified portfolio. – Following the 2007-09 financial crisis, many investors decided they needed insurance on their portfolio to protect against the possibility of another “black swan” event. It’s hard to believe that this was ever the case considering where the markets stand at the moment, but investors tend to have a very short memory.

ETF.com: – Daily ETF watch: ‘risk-on’ flows surging. – ETF filings and launches are light today, so we thought it might be a propitious time to have a closer look at ETF flows this month and so far this year to gauge investor sentiment at a time when markets are fretting about events in Ukraine and remain concerned about the outlook for economic growth.

Gross: Here we go. Watch participants view of FF in “longer run”, now at 4%. If it moves lower – very bullish.