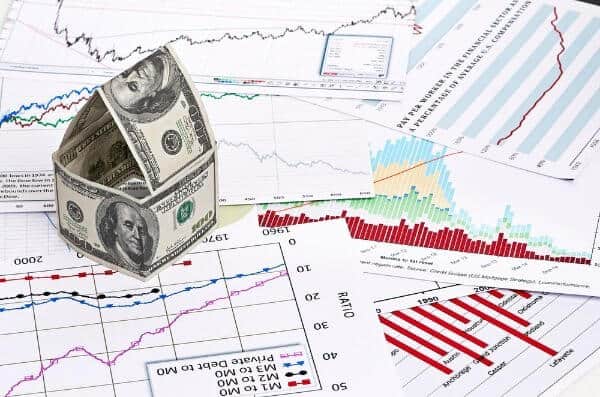 The Ira Sohn conference is one of the most eagerly anticipated events in the financial calendar. This year investment luminaries such as David Einhorn, Bill Ackman, Jim Chanos, and Kyle Bass are due to give speeches.

But, it was Jeff Gundlach that caught our eye. Gundlach, featured as “The King of Bonds” by Barron’s in 2011. Took to the stage late, in true rockstar fashion.

Gundlach’s speech entitled “Investment Cubism 2013,” addressed the discrepancy between corporate and main street America, the extraordinarily risky efforts by the Fed, and the heavy debt load accumulated by the U.S. government.

Gundlach stressed that he is avoiding gold and insurance companies while reiterating last years short on Chipotle. “I don’t believe in any business where all you need to be competitive is a taco truck.” He said.

But interestingly, Gundlach says that he is bearish on single family homes. Calling single family housing “over-believed” and questioning whether household deleveraging is really over.

“The housing market has been supported by a huge amount of all cash transactions.” According to Gundlach, this is NOT indicative of organic growth in the real estate market. He notes that sales are slowing and states that ‘new home sales are remarkably weak’.

If homes are really that affordable why did a small rise in rates kill the housing market? Gundlach asked. With rates continuing to rise Gundlach believes that home sales (and home builders) are looking very weak.

Millennials are having difficulty finding jobs and those that do are encumbered by student loans. They cannot be expected to support the housing market, argues Gundlach. Adding “The kids aren’t alright.”

The story of pent up demand is a false one “We’re back to 1995″ in terms of housing, he went on to say. Renting is ”massively more appealing” than owning homes, and this is true nationwide. “We will never see a year of 1.5 million housing starts”, or anything close to what we saw before the financial crisis. Gundlach’s advice, short SPDR S&P Homebuilders (ETF) (NYSEARCA:XHB), an ETF which tracks the home builders sector.

Reuters: – U.S. muni bond sales to remain low at $4 bln next week. – U.S. municipal bond sales will total an estimated $4 billion next week, down from a revised estimated $5.8 billion this week, as demand continues to outstrip supply in the paper-starved tax-exempt market.

Wealth Management: – Attractiveness of municipal bonds should not be overlooked in 2014. – After a challenging year for the municipal bond (muni) market in 2013, we believe the underlying strength of munis has improved, making the asset class an attractive proposition heading into 2014.

Bloomberg: – Zombie towns’ days numbered under Pennsylvania bill: Muni credit. – The state is one of 10 that don’t permit communities to dissolve, even as its steel and coal towns dwindle. Pennsylvania trails only Illinois and Texas in the number of local governments and school districts, with about 4,900. Almost 800 of its municipalities have less than 1,000 residents.

Bloomberg: – Do we need a 50-year bond? – In 2001, the U.S. Treasury decided to stop issuing 30-year bonds. The budget surplus made the long bond unnecessary and the new tax cuts were going to generate faster growth and abundant revenue. [But] It didn’t quite work out that way.

Businessweek: – Not enough 30-year bonds in $12.1 trillion treasuries market. – In a world awash with U.S. government bonds, buyers of the longest-term Treasuries are facing a potential shortage of supply.

Businessweek: – Apple bonds couldn’t stop sales slide as issuers watched Fed. – Even the year’s biggest offering from Apple Inc. (AAPL:US) failed to halt a 33 percent slide in U.S. corporate bond sales this week, as borrowers sought to clarify the Federal Reserve’s outlook for the economy and timetable for withdrawing stimulus.

Businessweek: – JPMorgan at odds with IMF in touting emerging-market bonds. –  JPMorgan Chase & Co., the biggest U.S. bank by assets, sees no signs of a bubble in emerging-market corporate debt, challenging the International Monetary Fund’s warning on rising risks in the bond market.

Minyanville: – Investing Strategy: Try not to lose money looking for yields. – ETFs with defined maturity dates and market-linked CDs with FDIC backing are two solutions for investors on a fixed income.

FMSBonds: – The best time to get in. – While we, too, celebrate the muni market’s success this year, it’s not germane to the objectives of investors in individual bonds, and a strategy based on accurately guessing the direction of interest rates is doomed to fail.

WSJ: – Five surprising ways bond investments can hurt you. – By now, most investors know that in the current economic climate, bonds are becoming a lot riskier. As a result, some investors are pursuing bond strategies that they hope will offer better protection, such as high-yield issues or floating-rate funds. But there are other risks associated with bond investing that aren’t as widely understood, and some of them involve the very strategies that investors consider to be the safest.

The Street: – ’Fast Money’ Recap: Bullish or bearish on bonds? – TV show, Brian Kelly, founder of Brian Kelly Capital, pointed out the strength in the bond market, with the iShares 20+ Year Treasury Bond ETF (TLT) finishing higher on Friday. He argued that the current economic growth does not justify the valuation of the stock market.

Reuters: – Wall Street week ahead-bond, stock investors making hay; can both be right? – With U.S. stocks near record highs and Treasury bond yields near multi-month lows, the disconnect between equity and debt investors has rarely been as stark. Over the coming months, the economy is likely to show one of the groups has bet wrong.

NASDAQ: – How to manage maturity risk in bond funds as the Fed pulls back. – One fierce topic of debate among fixed-income investors is the Federal Reserve’s ultimate withdrawal from quantitative easing. This momentous event would mark an end to open market purchases of treasury and agency mortgage backed securities. Although guidance has led investors to believe it could occur in 2015, the statistics monitored by the Fed are far more dynamic, and subject to interpretive change.

ETF.com: – Fixed-income ETFs add $2B for week. – ETFs experienced total inflows of $2.78 billion for the week ended Thursday, May 1, and rising markets, spurred on by stronger-than-expected job market data, helped lift total U.S.-listed ETF assets up on the week to $1.761 trillion.

“Excluding bonds held by the Fed, Treasuries due in 10 years or more account for just 5 percent of the $12.1 trillion market for U.S. debt.”

I can’t tell whether bond bears are at the Bargaining stage of grief (post Anger) or they have moved all the way to Acceptance? $TBT