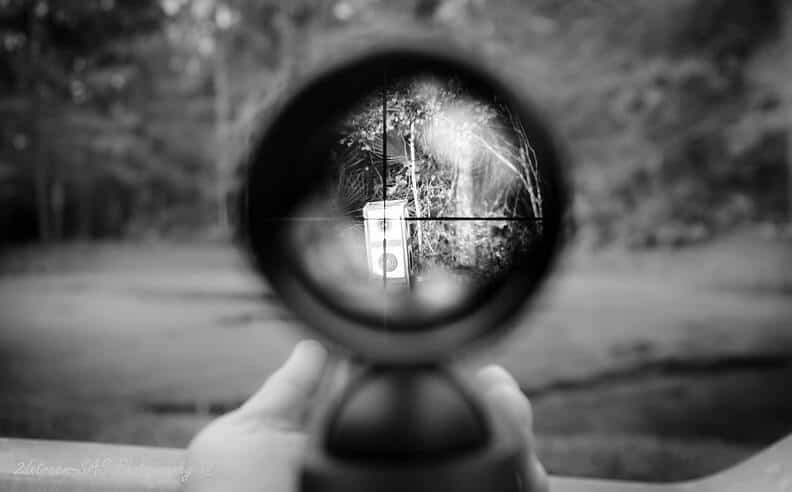 Gun stocks edged higher after another night of civil unrest in the US with violent incidents continuing in New York City, Los Angeles, Buffalo, Las Vegas and St. Louis.

Shares of gun makers Sturm Ruger & Co. Inc. and Smith & Wesson Brands Inc. soared 14% and 25%, respectively, over the past two days. They’ve also outperformed the broader market over the past 13 months, with a strong surge coming since mid-March.

That correlates with meaningful year-over-year gains in adjusted background checks of 80% in March, 69% in April and 75% in May. That’s a significant jump from the adjusted gains of 19% and 17% in January and February respectively. 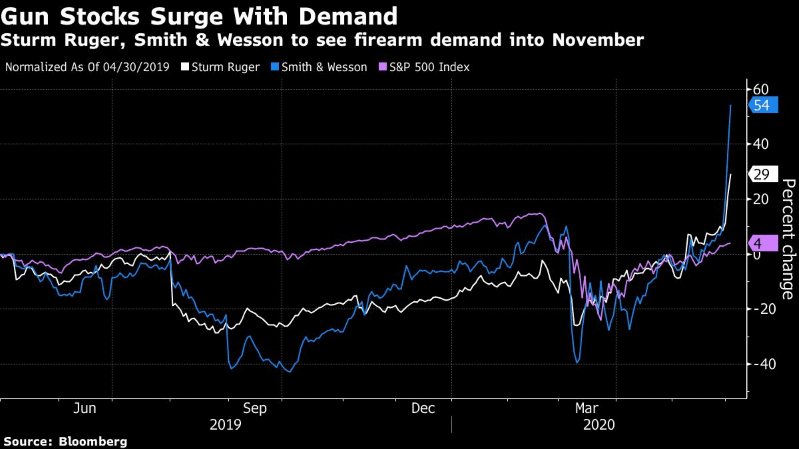 Gun stocks have typically been volatile in response to political and regulatory changes and pressures. AGF investments chief US policy strategist Greg Valliere said on Monday that, “we think — as of now — that the Democrats are within sight of controlling the House, the Senate and the White House.” This will drive “continued demand in June and through the fall,” Lake Street analyst Mark Smith wrote in a note on Tuesday.

As gun stocks are soaring after a weekend of civil unrest in the US investors are using the best free apps for Android or iOS or buying shares of gun and ammo companies through the best stock brokers.