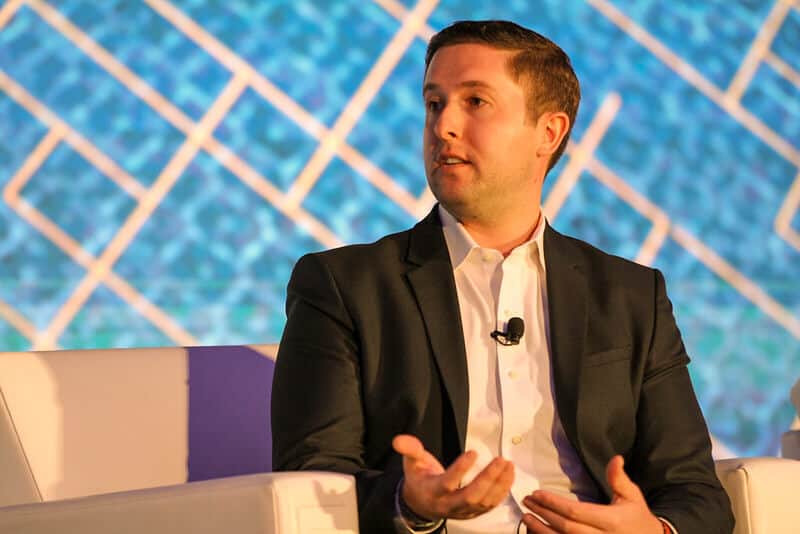 New York-based investment firm Grayscale Investments has received the green light from industry regulators to launch two new cryptocurrency stocks to the public that will track the value of Litecoin and Bitcoin Cash.

Litecoin, one of the first digital currencies to be released along with Bitcoin, and Bitcoin Cash, a token that resulted from a Bitcoin (BTC) spin-off, will be traded on the over-the-counter market as LTCN and BCHG respectively in the next two to four weeks. They are respectively the eighth and fifth biggest cryptocurrencies by market cap, according to Coinmarketcap.

These two new stocks will be an addition to Grayscale’s portfolio of exchange-traded cryptocurrency stocks, which currently include Bitcoin (GBTC) and Ethereum, among others.

Grayscale, led by managing director by Michael Sonnenshein (pictured), has pioneered the launch of stock cryptocurrencies as a way to tempt a small segment of the market that prefers to trade digital currencies via their traditional stock brokers instead of having to rely on the best cryptocurrency exchanges.

Crypto assets have been in high demand, especially from young investors, as digital currencies continue to be a strong asset class in the portfolios of millennials.

So far this year, the Bitcoin-tracking stock offered by Grayscale has outperformed the S&P 500 by nearly 14%, but it has failed to keep up with the pace of ever-growing tech stocks, as the BTC crypto stock has lagged by 7% compared to the 25.5% return shown by the tech-heavy Nasdaq 100 index.

Meanwhile, Ethereum (ETH) seems to be a big winner within the crypto realm, as the digital currency has gained  87% so far this year against the US dollar, compared to the 31% Bitcoin has gained against the greenback during the same period. 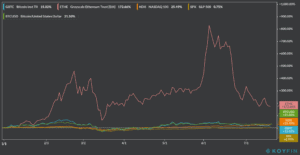 Cryptocurrency trading has become a hobby among younger people, especially during pandemic lockdowns, as speculators rely on the high volatility of these crypto tokens to bank high returns in short periods, using significant amounts of leverage to boost the size of their positions.

Crypto enthusiasts have relied on Bitcoin’s alleged disconnection with the financial markets, as they believe that there’s no correlation between the traditional markets and the cryptocurrency markets due to their inherently different nature.

However, in recent months, a spike in volatility in the global markets ended up taking a toll on cryptocurrencies as well as in virtually any other asset class, highlighting a weakness in the disconnection theory at the peak of the stock market sell-off in February, when the value of Bitcoin tumbled to around $4,890, down from its 2020 peak of $10,500.