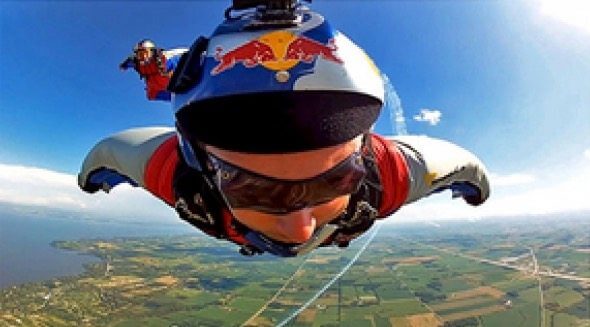 GoPro Inc and Red Bull have just entered into a multi-year deal for content production. The global deal includes content production, distribution, cross-promotion, and product innovation. This announcement is clearly welcome news for the action camera maker’s investors, as shares were trading up 5.71% in the morning session. The Red Bull deal follows the company’s deal in March with the Red Bull Racing Team to produce F1 racing content.

Commenting on the agreement, Red Bull CEO Dietrich Mateschitz said: “As partners, Red Bull and GoPro will amplify our collective international reach, the power of our content and ability to fascinate.”

Under the terms of the exclusive agreement, Red Bull will become an equity partner in the action camera maker. The company will receive less than 1% of the company’s Class A shares. The action camera maker will become Red Bull’s provider of point-of-view imaging technology for capturing immersive footage of Red Bull’s media productions and events. Using its high-definition video cameras and other recording products, the action camera maker will be appearing at 1,800 Red Bull events in more than 100 countries. The company will be capturing videos with its cameras, Karma drones and virtual-reality equipment.

GoPro Inc and Red will share content rights on co-productions, and the content will be distributed via their digital distribution networks, including The GoPro Channel, Red Bull TV, Red Bull.com and the Red Bull Content Pool.

“Red Bull’s global scale and execution is something to be admired. This partnership is very strategic for GoPro,” GoPro Founder and CEO Nicholas Woodman said in a statement. “We share the same vision…to inspire the world to live a bigger life.  While we’ve worked closely for many years, as official partners we’ll be able to more effectively help one another execute our shared vision and scale our respective businesses. GoPro and Red Bull, as a match, are as good as it gets.”

CEO Nick Woodman, during last quarter’s conference call, called GoPro VR “a place where users can upload and share their own VR content” and claimed that it represented “one of the world’s most comprehensive platforms for capturing, stitching, sharing and enjoying VR content.” Woodman also claimed the updated VR app “further establishes the company as a leader in virtual reality.”

In other news, GoPro Inc is gearing up to launch the Hero 5. The recent efforts to clear the existing channel inventory seem to be setting the stage for the same, as per FBN.