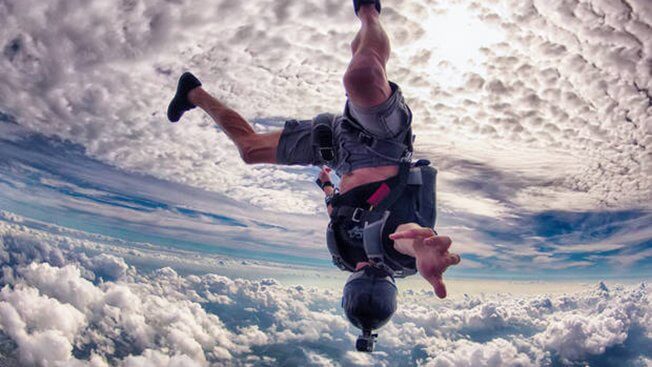 GoPro Inc (NASDAQ:GPRO) is suffering from a glut of inventory. A new report suggests that there are high levels of channel inventory and low sell-through rates. This means that there is softness in its niche as it continues to only be popular for a certain segment of the camera market. It’s perhaps part of the reason why some analysts remain “skeptical” of GoPro.

Although the action camera maker is ecstatic over the launch of its drones, some investors continue to be cynical about the firm’s turnaround plan. New data may prompt a large number of investors to continue on the path of skepticism, while analysts remain sour on GoPro.

Pacific Crest analyst Brad Erickson presented a Sector Weight rating on GoPro. The reason for this is because analysis showed that the firm maintains a high levels of channel inventory and incredibly low sell-through rates in the U.S.

The report noted that inventory is nearing all-time highs and sell-through rates are down 40 percent year-over-year. Wall Street expectations have estimated that there’s sell-through run-rates of between 1.1 and 1.3 million. However, it pegs that number to actually be between 800,000 and one million.

Despite the likely uptick in sales because of the drone launch, the group says there is downside in the long term because of action camera softness. It thinks drones will only garner “modest traction over time.”

“Given the weakness of our checks, we are lowering our forward unit and ASP assumptions, partially offset by slightly higher drone assumptions,” Pacific Crest wrote in its report. “While the drone launch could drive some continued optimism in the name, ultimately, our downside bias on the name remains due to the softness we’re seeing in the action camera business.”

By mid-day Monday, shares of GoPro were trading downward by six percent to $13.12. Year-to-date, GoPro have tumbled 27 percent, and in the last 12 months, they’ve crumbled 70 percent. And many analysts believe GoPro will stay in the red for a little longer before things get a little bit better.

The ‘Skepticism’ in GoPro Inc’s Turnaround

Earlier this year, the tech firm put forward a turnaround strategy. GoPro CEO Nick Woodman said it would simplify its cameras and the editing software, create new products and launch new partnerships. It has been doing this since the year began.

Thus far, the firm has been checking off all the boxes, but some analysts, like Pacific Crest, believe it’s a case of too little too late.

In the same Pacific Crest report, Erickson lowered the firm’s fiscal 2016 and 2017 revenue and earnings-per-share projections. Other analysts, meanwhile, forecast a 53 percent decline in sales when it reports its first-quarter earnings next month. A FactSet survey predicts a full-year sales revenue of $1.36 billion, a year-over-year drop of 16 percent.

When looking at a range of ratings on Wall Street, the stock has garnered a neutral rating. The median 12-month price target is just under $12, a drop from Monday’s price of just over $13.

Financial experts concur that GoPro being “clueless about the competition.” According to many of the research notes, the tech firm doesn’t realize that other big and small brands are offering the same kind of tech products but for cheaper. Similar to Fitbit Inc (NYSE:FIT), GoPro may just be a one-trick pony.

Until things get better over in San Mateo, Woodman is asking investors be patient.