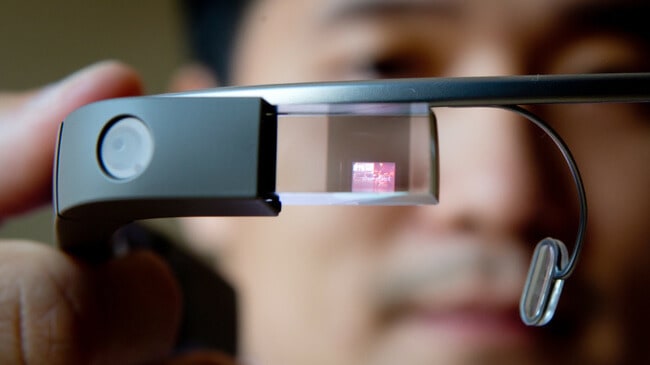 Google Inc ,  was in the rumor mill in the first week of July on talks that it might bring Google Glass back to the market. It seems that the rumor is being confirmed as Wall Street Journal reports that Google Glass might be making a comeback before the end of the year.

The first version of Google Glass (the Explorer Version) didn’t get a warm welcome when it was introduced to the market in 2013. Many consumers (save the geekiest of geeks) thought it to be too cumbersome to be called wearable technology.

There were privacy concerns because of its camera, and it wasn’t long before “No Glass” policies were being implemented in public places. If you insist on wearing glass, you’ll be doing so at the risk of being labelled a glasshole.

Google investors breathed a sigh of relief when it appeared that the device was retired earlier this year. Hence, they will most likely be interested in knowing why Google wants Glass to make a comeback.

Google Glass comes to the office

Based on a report from 9To5Google, the new version of Glass hardware will be known as “Enterprise Edition”. Google ,  will most likely distribute it within its certified group of Glass for Work partners alone – fans of Glass won’t be able to buy this in the market.

It has specs that support workplace video streaming and connectivity needs. For instance, it has support for 802.11a/b/g/n/ac WiFi on both 2.4GHz and 5 GHz bands. It has an Intel Processor as well as an external battery pack. Google is also leaving the UI open for its partners to overlay their software for specific applications in their industry.

In essence, Glass is making a comeback as an enterprise device rather than a consumer device. Google ,  still has its sights on the mass market for wearable technology. The firm just needs to get Glass right for consumers and it would be on track to reinvent eyewear in the same way that Apple is reinventing wristwatches with Apple Watch.

The reintroduction of Glass to the enterprise market makes a whole lot of sense when considered from the business perspective.

Firstly, business environments are likely to overlook the aesthetics of glass if it works out as a powerful productivity tool.

Secondly, marketing glass in the enterprise market where it helps people to get work done should lower the threshold for privacy concerns that has plagued the device.

Thirdly, enterprise users will be willing to shell out the (circa) $1500 price tag and effectively provide “funding” while Google  continues to work out the kinks in Glass. By the time a consumer edition of Glass is released, you can be sure that people won’t be worried about being called glassholes.

Workers simply don’t have much of a choice when it comes to what they wear and what equipment they use, and many firms don’t take their preferences into account. If Google can prove to some firms that glass is worthwhile, it will be attached to some worker whether they like it or not.