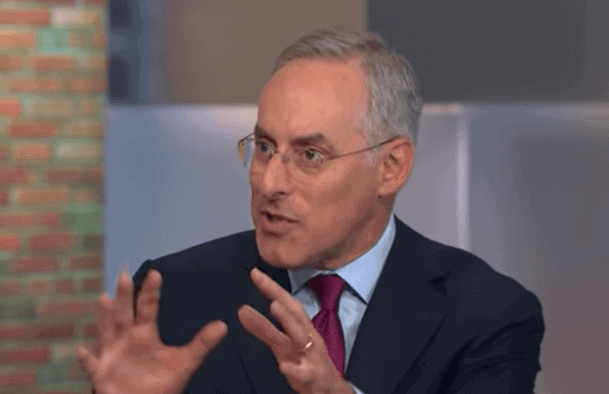 Goldman Sachs forecasts the S&P 500 may fall to 2,400 over the next 12 weeks, citing six reasons for the decline that investors might overlook.

The US investment bank chief of US equity strategy David Kostin (pictured) pointed out that the S&P 500 was approaching the 3,000-point milestone the firm had forecast for the index by the end of the year, in a letter to investors.

The bank’s top analyst ha s now set his three-month target for the index at 2,400, an 18% drop compared to the index’s value back when he wrote the letter and just under a 15% decline based on yesterday’s Wednesday’s price at 2,820.

The S&P 500 had lost 1.75% by the closing bell on Wednesday as investors fear that a second wave of the virus may affect an already fragile global economic landscape. The index is trading at a level that triggers potential bearish signals for stock traders and could be headed for a downfall if market sentiment becomes more pessimistic. 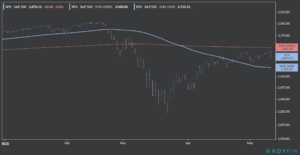 “A single catalyst may not spark a pullback, but a number of concerns and risks exist that we believe, and our client discussions confirm, investors are downplaying,” wrote Kostin.

First, Goldman explains that while New York has managed to put the breaks on the outbreak, there’s still a lot of uncertainty around whether things can get back to normal in the next few weeks or even months.

Second, the bank said it is reasonable to expect that a US upswing will come with “fits and starts,” over a long period.  Official data at the moment seems to support this, as the Labor Department said last Friday that non-farm payrolls plummeted by 20.5 million in April pushing the unemployment rate to 14.7%

Third, major US banks are preparing for major defaults because jobless people will no longer be able to pay their bills. Goldman said reserves at large US banks totaled $46bn in the three-month period compared with $49bn across all of 2019.

Fourth, companies are conserving cash to see them through a downturn. More than 40 stocks have lowered or suspended their payments in 2020 so far, and Goldman sees dividends sliding by 23% through the full year.

Fifth, the November Presidential election will add to the uncertainty. Democrats may seek to reverse US President Donald Trump’s 2017 tax law. The bank estimates the S&P 500’s earnings per share would slide by $19 next year if the policy is scrapped.

Finally, blame over the cause of the pandemic is rekindling trade tensions between the US and China. The White House’s actions toward China are “turning more hawkish,” said Goldman, adding that the conflict is likely to rear its head once the health emergency subsides.