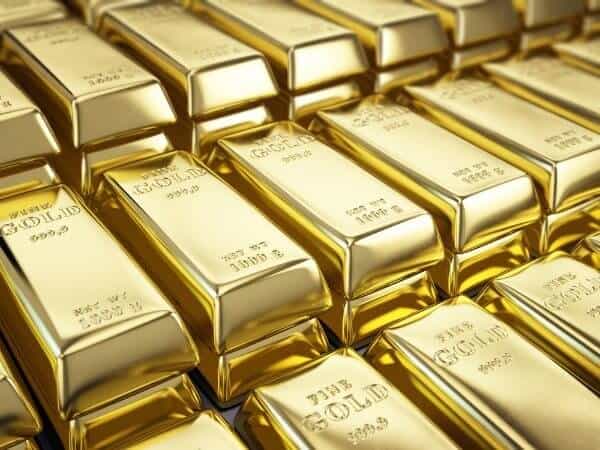 SPDR Gold Trust (ETF) buyers are in a risky situation. Those that have been holding onto shares in the ETF have lost more than 7 percent since the start of the year. “Store of value” may no longer be the best way to think about gold and nothing scares gold bugs more than whispers of “secular bear market.”

Claude Erb, a former commodities trader with TCW Group, saw the crash in the price of gold coming back in 2012 before the sell-off began. He’s now warning that gold could fall as low as $350 an ounce as startled traders escape from price falls and lose faith in the value of the yellow metal.

Mr. Erb made those comments to Mark Hulbert over at MarketWatch. The $350 number is based on the fair value of gold which he estimates at $825 in today’s market. Erb says that in bear markets gold gets oversold as risks of a falling price drive out those looking to secure their savings in the metal and protect from inflation.

The $350 bear target is based on the selling of gold during the crash in the price of the metal in the 1970s and 1990s. Mr. Erb says that gold bulls are going through the stages of grief right now. When he published his first report with  Duke University professor Campbell Harvey, they were in denial.

Now they’ve moved onto bargaining. When the price of the metal dips below $1000 they’ll get angry and once it’s crossed the $825 level on its way to $350 they’ll start into depression and finally acceptance.

Mr. Erb’s $350 price target may seem like a bit much, but targets of $1,000 or less have become common in the weeks since the price of gold hit its current slide. Buyers of the SPDR Gold Trust (ETF) have felt every bump on the way down.

With a rate rise coming before the end of the year, at least if the ho-hum report from the Fed on Wednesday is anything to go by, an more on the way in the years ahead, Wall Street appears to be turning on gold.

Ramin Nakisa of UBS appeared on CNBC on Thursday and called gold a “wasting market.” He said that the lack of a gold bump from the crisis in Greece was very telling for the future of the metal. Normally, says Nakisa, a small crisis like that would send investors to gold for safety. That simply didn’t happen in 2015.

Those with a love for gold, and a hefty part of their savings in SPDR Gold Trust (ETF) shares, will be hoping that the most bearish of Wall Street analysts are wrong, but it’s clear that the dynamics that drove the price of the ETF to more than $180 in 2011 are no longer driving the market.

The price of gold was up by a fraction on Thursday morning, but was still trading below the $1,100 level that was seen as a key support level until very recently.