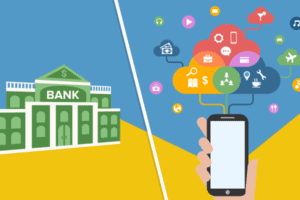 Investment for global fintech startups in 2019 was “just shy” of record levels 12 months before, despite trade tensions between China and the US and ongoing Brexit negotiations.

The survey added that cross-border transactions also “remained high” with mergers and acquisitions of this type hitting $54.2bn, across 138 deals last year.

The report said: “The expanding definition of fintech and its increasing reach and interconnectivity helped keep fintech investment robust despite the global economic and trade challenges that hindered growth in 2019, including concerns related to Brexit and ongoing trade tensions between China and the US.”

Record investment levels in the US and Britain

The US set a new record for fintech funding in 2019, with $59.8bn in investment compared to $58bn the year before. Top deals in the US in the second half of last year included the $22bn acquisition of First Data by Fiserv, the $3.5bn acquisition of Assurance IQ by Prudential, and the $850m acquisition of Axioma by Deutsche Boerse.

British fintech companies saw investment almost double to $48.5bn in 2019, up from $25.4bn a year earlier. The largest funding round in UK history occurred last year, when fintech lender Greensill raised $800m from Softbank. Other notable deals included funding rounds from the likes digital banks such as Oaknorth, Monzo and Starling Bank, while startups Checkout.com and Sumup entered the unicorn ranks as their valuations topped $1bn.

Across Europe, the UK accounted for half of the top 10 deals and netted more than 80 per cent of the continent’s record-setting total of $58bn.

Backers in Asia remained relatively steady in 2019 with $12.9bn invested in the region, this falls short on last year, primarily due to the record-breaking $14bn fundraise by Ant Financial.
The number of fintech deals by global tech giants – including Alibaba Group, Alphabet, Apple, Baidu, IBM, Microsoft and Tencent – increased for the fifth straight year, with $3.5bn invested across 46 deals in 2019.

Global co-leader of fintech at KPMG International Anton Ruddenklau said: “It’s a trend that will only continue into 2020. Just look at how the big tech giants are working with both traditional financial institutions and fintechs in order to seamlessly integrate financial services within their ecosystems, and at how the larger fintechs and financial institutions are looking at ways to broaden their offerings into adjacent areas.”