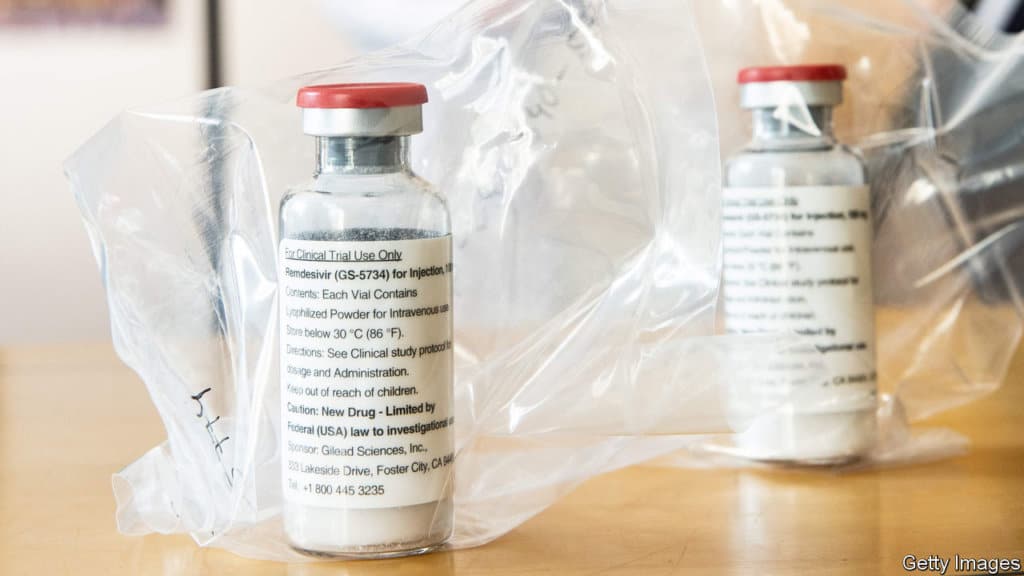 The  antiviral drug failed to reduce the virus presence in the bloodstream of COVID-19 patients in phase 3 clinical trial, said a report that was later removed from WHO’s website

Gilead said the document contained “inappropriate characterizations” and that the study’s findings were “inconclusive.”

Researchers in the Chinses trial studied 237 patients, given remdesivir to 158 and comparing their progress with the remaining 79. The drug also showed significant side effects in some, which meant 18 patients were taken off it. Scientists and investors had high hopes for the drug.

The biotech’s stock fell more than 9% on Thursday before gaining some group to close just over 4% down at $77.78. Shares have risen 25% this year.

US stock futures were down 0.7% after the S&P 500 and the Nasdaq turned negative at the close on Thursday in the wake of the widely-anticipated remdesivir report.

Gilead stock trading hit its highest level in more than two years last week after clinical trials from the University of Chicago indicated promising results in treating the coronavirus disease.

“We regret that the WHO prematurely posted information regarding the study, which has since been removed. The investigators in this study did not provide permission for publication of results,” a Gilead spokesperson said in response to the report published on the WHO website. 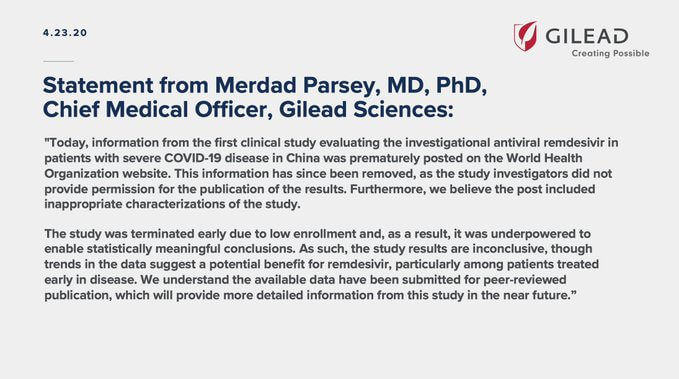 The company said in a statement that the clinical trial was terminated amid small enrollment, which makes the study a poor guide in creating a statistically meaningful conclusions.

Last week, the University of Chicago report showed that 123 of 125 severe virus patents discharged within six days and only two patients took 10 days for complete stabilization.

Gilead Sciences stock price has been making big moves on any news related to remdesivir, which had already generated promising results in the treatment of SARS and MERS epidemics. “Retail investors are “hungry” for good news on the virus. Those investors could be taking that and channeling it into buying shares,” Mike Bailey, director of research at FBB Capital Partners said.

If you are interested in buying Gilead Sciences stock ahead of final clinical trial data, you can check out our featured brokers here.