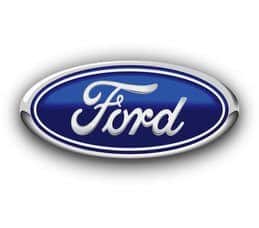 Ford Motor Company (NYSE:F) and General Motors Company (NYSE:GM) were forced to lose as much as $144 per vehicle in operating income last year due to troubled relationships with their suppliers, according to data from an annual survey.

General Motors Company (NYSE:GM) and Ford Motor Company (NYSE:F) had some of the lowest scores in the annual supplier relations poll conducted by independent industry consultant Planning Perspectives Inc. The survey highlighted how strained relationships with their parts makers financially stung both these car majors.  Traditionally, suppliers have been known to offer their latest technologies to automakers that they share the most comfortable working relationships with so the results of the poll offer very troubling signals to Ford and GM.

Here’s how bad it is… General Motors Company (NYSE:GM) scored an abysmally low 224 out of a possible 500, costing it around $144 for every vehicle it produced.  Ford Motor Company (NYSE:F) did a little bit better scoring 261, which resulted in a loss of $166 per vehicle. Both auto makers could have bumped their operating income by $750 million and $354 million, respectively.

General Motors Company (NYSE:GM) missed on the top-line and bottom-line in the most recent quarter. Weaker than expected volumes in Russia and Brazil hurt sales.  Troubles were compounded by the strength in the U.S. dollar against most major currencies.  The company had announced in March that it would close a factory in Russia and take down its Opel brand there due to low demand.

Due to this recent weakness in North America, Ford Motor Company (NYSE:F)’s stock has underperformed rival General Motors Company (NYSE:GM) in the past three months.