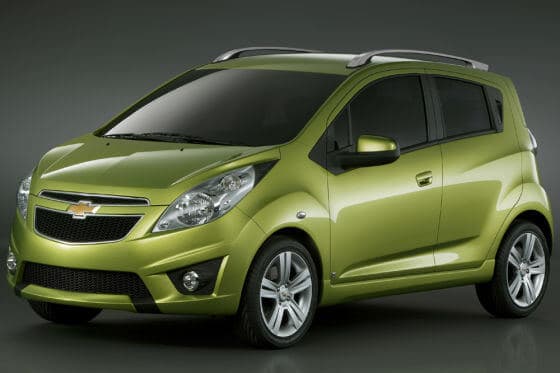 General Motors Company and McDonald’s Corporation are good buys after strong performance in the just reported quarter. Both of these stocks should outperform the broader market not just through the rest of the year, but also into 2016.

General Motors Company ’s biggest headache in recent years has been its high-profile recalls. But third quarter results show the auto giant is well on track with strong sales and that the costs of those recalls haven’t managed to disrupt the pace of growth.

In its most recent quarter, GM recorded profits and revenue that were essentially flat. However, both of those numbers were well-above Street expectations. That’s no mean feat when we take into account the $1.5 billion that General Motors Company shelled out in total recall expenses.

North America was key. Revenue surged almost 8 percent y-o-y, coupled with brisk margin expansion. Investor worries were eased as they realized consumers were still loyal to the brand, regardless of its past woes.

Some analysts argue that the slowdown in China could begin to weigh on stock. But GM, under CEO Mary Barra, has made shrewd moves to slash costs and shift to more expensive vehicles that offer higher margins and are less sensitivity to fluctuations in consumer confidence.

With recall concerns in the rear-view, and the dollar getting stronger, things are looking bright for the stock. General Motors Company  offers a more than respectable 4.2 percent yearly dividend, and recently unveiled a $5 billion share buyback plan. The stock is available at a forward P/E of less than 7, which is dirt cheap, irrespective of the valuation metrics used.

McDonald’s Corporation  has faced a lot of flak in recent past for its inability to grow. But after holding firm during the first part of 2015, the fast food giant may have finally broken out of that rut. Third-quarter results were stellar, with both top and bottom lines beating the consensus Wall Street estimate.

Same-store sales in the all-important U.S. market increased by 0.9 percent, compared to a forecast for a small dip. Worldwide same-store sales also rose 4 percent in the last quarter.

McDonald’s Corporation  has had a rough 12 months. A new CEO took charge in January with a mandate to turn things around. The firm underwent a global restructuring, which involved its first reduction in U.S. stores in 40 years.

Those cutbacks seem to have worked, as McDonald’s managed to break a streak of seven straight quarters of declines in U.S. same-store-sales. On top of that, a smart recovery in Asia allayed fears that international growth could be a damper.

Serious risks still lurk, most notably from fast-casual chains like Chipotle Mexican Grill. As such, McDonald’s has to keep performing to silence its critics. But, with a 3 percent dividend yield, and a solid quarter in the bag, long-term investors can start nibbling into the stock.

Shares of General Motors Company  are currently trading around the $35-mark. McDonald’s Corporation ‘s stock is hovering around $112.50.