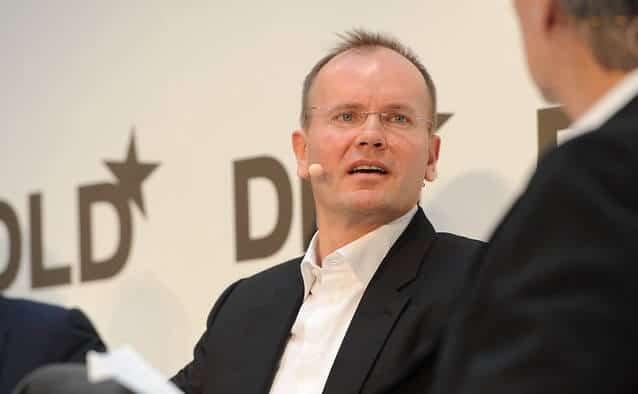 The former boss of Wirecard, the German payments firm where almost €2bn has gone missing, has been released on bail by the police.

Markus Braun (pictured) posted €5m set by a Munich court and walked free one day after turning himself in on Monday evening and being arrested by police, his lawyer Alfred Dierlamm told Reuters.

However, the warrant against the 50-year-old Austrian has not been lifted, he remains under investigation by prosecutors who suspect him of misrepresenting Wirecard’s accounts and falsifying income.

Braun (pictured) had resigned as chief executive of Wirecard on Friday and was replaced by James Freis, who joined from Deutsche Börse the day before.

Wirecard has hired investment bank US Houlihan Lokey to raise finance ahead of the end of June, when it is due to seek fresh capital from its banks.

The fintech is battling an accounting crisis that has put its survival at stake. Ernst & Young, Wirecard’s auditors refused to sign off on its 2019 accounts after they could not find a missing €1.9bn in its accounts. The firm finally admitted on Monday that the money probably does not exist.

Prosecutors allege that Braun inflated company sales “possibly in collaboration with further perpetrators” with an aim to “portray the company as financially stronger and more attractive for investors and clients.

Wirecard, a former champion of Germany’s tech sector, has seen its shares fall 85% this year to €15.50 in Wednesday morning trading.