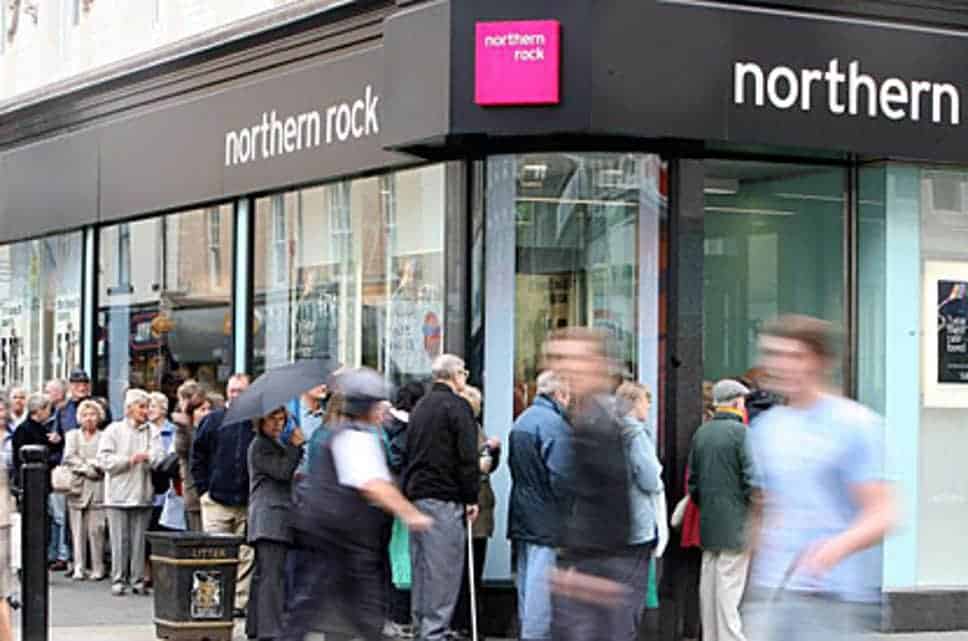 The online and phone bank, owned by HSBC, hit a score of 134 in a customer satisfaction poll organised by research group Kantar. A score of 100 rates as average.

Building Society Nationwide came in second with a score of 119, while Barclays took third spot with an on-par score of 100, in a survey that sampled over 8,500 customers across the UK.

All the other lenders that featured in the poll were rated below average by customers, including Royal Bank of Scotland, Lloyds, TSB and The Co-operative Bank.

Over the last decade, Britain’s high street banks have sought to recover from the 2008 crash (which saw the collapse of Northern Rock in the UK, pictured), against a backdrop of reputational and trust issues, substantial technological advances and government regulation designed to open up the sector.

This sparked the growth challenger banks, such as Revolut, Monzo and Starling Bank, who have amassed millions of customers in a few years, through a combination of customer-friendly apps and lower fees for products such as travel money.

“Customer experience and brand strategy can no longer sit in organisational silos. The magic happens only when brand promise and customer experience come together,” said Amy Cashman, co-Chief executive of Kantar insights division.

Cashman added that “challenger banks and out-of-category brands, such as Amazon, [are] re-defining what great experience looks like, established banks ignore the signs at their peril”.

More than a third of customers, or 38 per cent, expect their bank to go beyond providing traditional banking products, and “expect empathetic advice and support”, according to the poll, which is the first of its kind by the data group. The figure rises to 49 per cent among millennials, people aged between 25 and 40.

The survey found that 23 per cent of people in the UK had taken out a second bank account over the last three years, rising to 47 per cent among 25-to-34-year-olds.

Millennials hold almost two accounts each on average, meaning that many of them will hold three or even four different accounts, said the report.

Kantar said: “Established retail banks must keep up with the tidal wave of technology advances in order to attract and retain younger generations of new customers. Millennials and centennials [people born around the turn of the century] bring with them demanding expectations for mobile-first products from banks that can also offer exceptional customer service.”