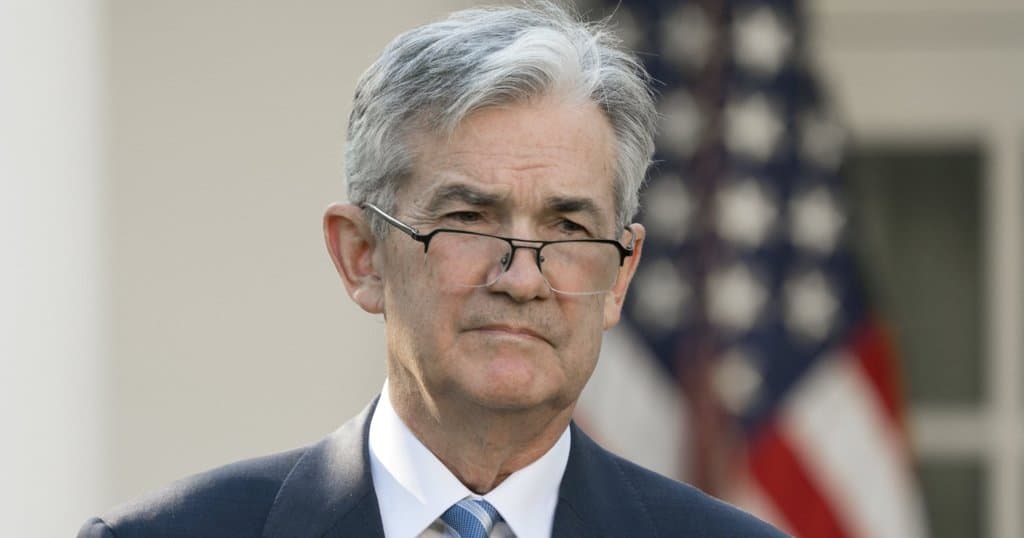 The Federal Reserve may hold interest rates at near zero for the next three years, according to a poll of economists.

The Federal Open Market Committee (FOMC) will meet over two days, on Tuesday and Wednesday, to set rates, following the unprecedented economic headwinds that have swept across the US.

In the six weeks between the emergency Fed meeting on March 15 and the scheduled April Federal Reserve Open Market Committee (FOMC) witnessed unheard of activity and measures – some of the most eventful in the economic history of the United States. Oil and gold price fluctuations, market crashes and the general economic sentiment following a global outbreak of coronavirus are comparable to the financial crash of 2008 and the terrorist attacks of 2001.

After some emergency measures that saw the Fed, led by chairman Jerome Powell (pictured), cut interest rates twice in March and cancel its scheduled meeting in the middle of the month, analysts expect no further rate changes at next FOMC meeting. In an effort to stabilize the shrinking economy, the US Federal Reserve agreed to historic measures to expand its asset holding by as much as needed to stave off depression.

Economists also see the Fed’s balance sheet continuing to swell amid its arsenal of relief programs. The central bank’s balance sheet already hit a record $6.57trn as of 22 April, but the median estimate among respondents pegs the metric soaring to $10trn. Credit facilities targeting companies and state and local governments are set to be launched in the near future.

Last month, several new programmes aimed at blunting the “severe disruptions” to the economy caused by the coronavirus outbreak were introduced with a focus on backstopping an unprecedented range of credit for households, small businesses and major employers.

April meeting will gauge temperature of US in lockdown

In addition to cutting interest rates from 0.75% to 0.25%, the Fed increased its support for the interbank lending (repo) market and relaunched its Quantitative Easing program, so it could buy government bonds, corporate investment-grade bonds, mortgage-backed securities, short-term commercial paper and even junk, or high-yield, corporate bonds.

Ahead of the next meeting, analysts are anxious to see where the US economy will start seeing the results of these historic measures and whether there will be more programmes geared towards helping small and medium-sized business.

After a series of massive interventions into the US economy by the central bank, April’s meeting will be used to assess whether and how its policies are working, how the economy is responding and whether it feels that a change is needed, to either withdraw or ramp-up the stimulus it is providing.

As US stocks continue to increase in value against a stronger dollar, this is a lucrative time to explore trading in commodities or gold to diversify your portfolio.