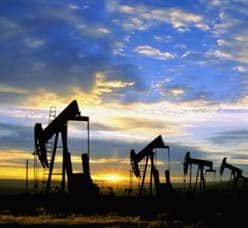 A sharp drop in the price of oil over the past few months is causing a slew of energy bond refinancing as companies issue new bonds to refinance or pay off existing debt.

The FT reports that almost $17bn in energy debt has been sold in the U.S. since the start of the November, according to data from Dealogic.

This week alone Chevron offered $4bn in six-tranches on Monday to repay commercial paper, while energy and mining company Freeport-McMoRan sold $3bn in bonds in part to refinance existing debt, according to S&P LCD data.

With other energy-related deals in the pipeline including offerings by Canada-based Canbriam Energy and a new loan facility for C&J Energy Services, an independent provider of hydraulic fracturing.

Energy bonds have come under pressure in the past couple of weeks amid a slump in oil prices, which have dropped more than 25 per cent since June.

Energy companies with lower credit ratings, have been the worst hit with junk-rated energy bonds the worst-performing group in the high-yield market, producing negative returns of 1.3 per cent in the past month, while the broad market gained 1.2 per cent, according to Barclays indices.

The FT says that: “Investors are worried that a further drop in oil prices could put pressure on the highly indebted companies in the sector and potentially trigger a wave of debt restructurings, which has not been seen since the depths of the financial crisis.”

Learn Bonds: – Invest in the USA. – Instead of reaching for yield in aggressive foreign asset classes, investors should understand that there is no better place to invest than the U.S. and no better economy (structurally and fundamentally).

Income Investing: – Detroit bankruptcy ‘all negative’ for muni investors. – The outcome of the Detroit case was so bad that it prompted Matt Fabian of Municipal Market Advisors today to label the situation “all negative” for muni investors, particularly in the state of Michigan, adding that “takeaways for the municipal market from Detroit’s bankruptcy are uniformly negative.”

The Sovereign Investor: – Municipal Bonds: If you’re catching on now, you’re too late. – When the Fed dropped interest rates to record lows in December 2008, the uncontested trade to make was to short Treasury bills.

Reuters: – Puerto Rico’s increasing debt service a concern -Nuveen. – The escalating cost to service Puerto Rico’s debt is one reason why its bonds are not attractive at current prices, a major municipal bond investor said on Monday.

MarketWatch: – Bond markets are unofficially closed on Veterans Day. – Bond pros are off on Veterans Day on Tuesday. U.S. stock markets, not so much. How come?

FT: – ECB impotency makes eurozone stagnation inevitable. – (Subscription) Yields in the eurozone sovereign debt markets have fallen to such low levels that they are, in effect, predicting recession and the incipient Japanification of the eurozone. At the same time yields on eurozone corporate bonds have slavishly followed sovereign bond yields downwards this year despite the fact that recession would normally imply increased credit risk, more corporate defaults, falling corporate bond prices and rising yields. How can this apparent contradiction be rationalised?

InvestmentNews: – Bill Gross’ move to Janus not likely to have long-term ripple in bond market. – Pimco Total Return accounts for tiny portion of the U.S. bond market and Janus funds even less.

AllianceBernstein: – Forget Volatility; watch credit quality, maturity. – If you’re worried about the recent spike in bond market volatility, we’ve got a bit of advice: Don’t be. There are plenty of other risks—chiefly credit quality and flatter yield curves—that are causing shakeups in some corners of the fixed-income world. Happily, there are things you can do about them.

Income Investing: – Junk bonds set to end year with a rally – BofA. – Bank of America Merrill Lynch‘s high-yield strategy team reiterates its generally bullish outlook in its latest research report today, saying the junk-bond market is poised to end this year on a high note, provided volatility doesn’t get in the way. From BofA’s Michael Contopoulos and his team.

WSJ: – The big number. – $92.5B. The value of this year’s global high-yield bond issuance tied to acquisitions. Open lending markets have helped to feed the strong corporate appetite for mergers and acquisitions this year.

ETF.com: – 3 reasons to underweight high-yield debt. – Our move from overweight high yield to neutral-to-underweight is based on the these three primary factors.

TheStreet: – High yield attractive as rates creep higher says Nuveen’s Rodriguez. – While stocks and oil prices showed volatility in the month of October, so did fixed income. In the midst of rising Treasury prices, yields in the 10-year Treasury note were hammered down to 1.86%.

Wall St Daily: – How high a yield should investors aim for? – As the stock market continues to rise, the road for yield-seeking investors becomes increasingly bumpy.

Investment Week: – Five reasons to return to high yield bonds. – The high yield bond sector saw its worst third quarter for three years, but the sharp falls are a good entry point for investors, according to Legg Mason affiliate Western Asset. Michael Buchanan, head of global credit at Western Asset, said high yield is now “one of the most attractive areas within fixed income” and has listed five reasons to invest in the asset class.

WSJ: – Bond Investors’ sentiment on India, Indonesia diverge. – Global bond investors are diving into India and losing interest in Indonesia, revealing a split in sentiment on two of this year’s most popular emerging markets.

WSJ: – Pimco to give first glimpse of Total Return Fund since Bill Gross’s departure. – Pacific Investment Management Co. plans to release new figures detailing the makeup of its Total Return Fund on Wednesday, providing investors with a glimpse into any changes at the flagship fund since star manager Bill Gross resigned on Sept. 26.

Morningstar: – PIMCO Total Return fired from some retirement funds. – Target-date funds haven’t been immune from the question of whether to replace or retain the strategy following Bill Gross’ departure.

ECB’s bid to boost its balance sheet is distorting prices of the covered bonds it’s buying. That may be necessary collateral damage @Unmack1 — ReutersBreakingviews (@Breakingviews) November 11, 2014

the typical mREIT will react inversely to bond yields over time ( they never fully hedge ) but $EFC is NOT an mREIT . Its a mortgage hedgie