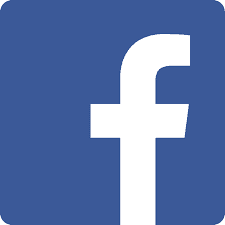 It’s been a somewhat tough couple of years for the world’s leading social media giant.  First and foremost, Facebook has had to deal with ongoing pressures from both US and European lawmakers with respect to its wide-spread privacy failures.

The result? A mere $5 billion settlement from the US Federal Trade Commission, and the Securities and Exchange Commission imposing a $100 million fine of their own. In more recent times, Facebook’s much anticipated announcement regarding its plan to launch its very own cryptocurrency was finally made in June.

However, much like everything else that Facebook seems to touch, the announcement quickly drew the attention of US policy makers. In fact, Facebook was ordered to testify in front of a number of congressional committees earlier this month to explain how the project would safeguard user privacy, and ensure that it remains fully compliant with all respective anti-money laundering and terrorist financing laws.

With that being said, irrespective of these ongoing regulatory struggles, Facebook as a business continues to thrive.

Advertising Remains at the Core of Facebook’s Success

With close to 3 billion people using one or more of the organization’s key platforms – whether that’s Facebook itself or WhatsApp and/or Instagram, advertising revenues are once again going from strength-to-strength.

For example, second quarter revenues increased by 28% this year to a whopping $16.9 billion. The social media giant had projected sales of $16.5 billion during the same period. In terms of user retention rates, Facebook announced this week that more than 1.59 billion people log to their social media accounts on a daily basis. This also exceeded recent estimates, with Bloomberg putting the figure at 1.57 billion.

It came as no surprise to see Facebook stocks go through a period of uncertainty when the privacy scandal first came to light. However, were you in a position to buy shares in Facebook at the start of the year, your portfolio would now be looking at a 56% increase.

As per the investor-update given by Chief Financial Officer David Wehner this week, it was also brought to light that Facebook is looking to target new regions over the coming year.  While growth in the European and US markets appears to be slowing, Wehner noted that the social media platform saw its largest growth in Asia in Quarter 2, illustrating that this market in particular will be a particular focus of Facebook moving forward.

In terms of the financial fundamentals, net income stood at $2.62 billion for the quarter, equating to $0.91 per share. Ultimately, investors will now be looking closely at the eventual outcome of the organization’s Libra project. While Facebook has set a launch target of mid-2020, it remains to be seen what the outcome of the ongoing regulatory concerns will bring.

If Facebook is able to launch its cryptocurrency and blockchain technology framework without too much regulatory hindered, then it could be argued that shares can still be purchased on the cheap. While passive income seeking investors are yet to be catered for – insofar that Facebook is yet to pay dividends, it’s hard to get away from the organization’s long-term share growth prospects.