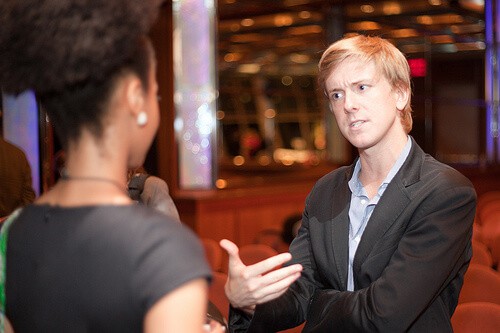 One of the co-founders of Facebook who has called for the social media giant to be “broken up” has set up a $10m anti-monopoly fund, which aims to curb the power of Big Tech.

Chris Hughes (pictured), who left the tech firm in 2007, said there is “a need and opportunity to take meaningful action on monopoly power across industries that’s led to corporate interests in the driver’s seat of our political and economic system for far too long”.

The fund is backed by a range of donors including the Ford Foundation, Open Society Foundations, backed by billionaire George Soros, and the Omidyar Network set up by eBay founder Pierre Omidyar.

Hughes said cash might go to groups that fight for privacy legislation, or activists like those who forced Amazon to scrap plans to build new headquarters in New York City last February.

The Economic Security Project added the fund is also open to groups who battle against other US monopolies ranging from the food to the pharmaceutical industries.

Big Tech giants such as Amazon, Facebook and Google have faced a barrage of criticism for exploiting tax loopholes, violating data privacy, and their slow response to removing offensive material.

Facebook has faced a number of scandals since 2016, when it emerged when it emerged that its social network was used to spread Russian propaganda and fake news during Donald Trump’s winning presidential election campaign.

Facebook faces antitrust probes from the Federal Trade Commission, the House Judiciary Committee, several state attorneys general and potentially the Department of Justice, which has pledged to conduct a broad review of market power in the tech industry.

Democratic Presidential candidate Elizabeth Warren has vowed to break up Facebook if she wins the White House.

Google also faces a range of inquiries from lawmakers, while Amazon and Apple have both also received questions from the House Judiciary Committee into their practices.

Hughes co-founded Facebook with the firm’s chief executive Mark Zuckerberg and three other students while they were at Harvard in 2004.

After leaving the social media business, Hughes worked for Barack Obama’s 2008 presidential campaign, four years later he sold all of his shares in Facebook and no longer owns shares of any Big Tech firm.

He wrote: “Mark’s influence is staggering, far beyond that of anyone else in the private sector or in government.”

Hughes added: “We are a nation with a tradition of reining in monopolies, no matter how well intentioned the leaders of these companies may be. Mark’s power is unprecedented and un-American. It is time to break up Facebook.”