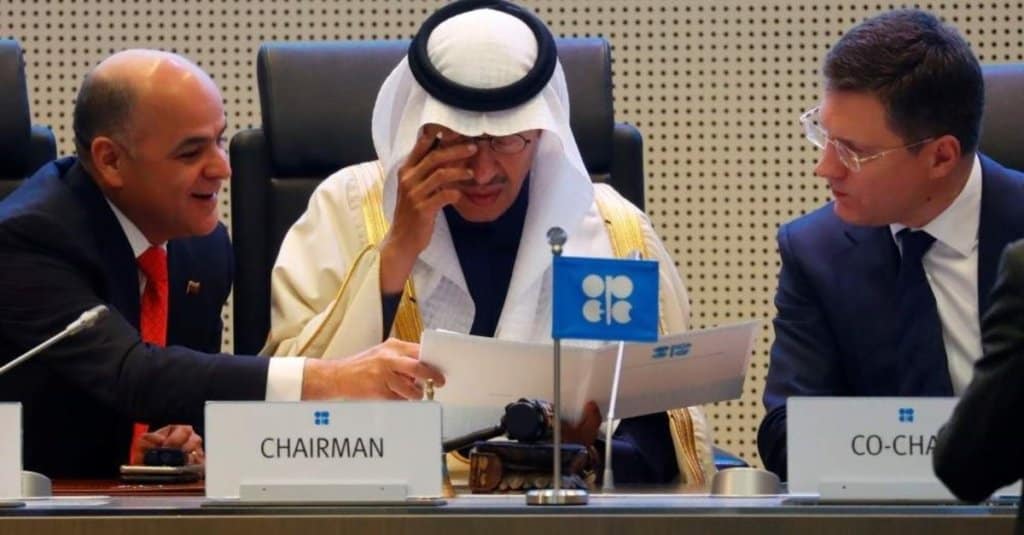 Exxon Mobil (NYSE: XOM) raised $9.5bn of debt just after raising $8.5bn less than a month ago to boost its cash reserves, amid a global cut of 9.7 million barrels a day oil a day which aims to lift prices.

However, oil prices have made only small movements with traders saying the cut should have been something in the order of 25 million barrels a day. Saudia Arabia, Russia (the leading member of the Opec+ group) and other oil producers agreed to end their price war and cut crude output by 9.7 million barrels a day, around 10 per cent of world supply, on Sunday, in a bid to boost prices that have fallen dramatically in the face of the coronavirus pandemic.

The price of Brent crude topped $35 over the long Easter weekend following the deal, but it currently trades at just under $30 on Tuesday afternoon.

US President Donald Trump had urged Saudia Arabia, the largest Opec producer, to reach an agreement with Russia.

“Having been involved in the negotiations, to put it mildly, the number that Opec+ is looking to cut is 20 Million Barrels a day, not the 10 Million that is generally being reported. If anything near this happens, and the World gets back to business from the Covid 19”, President Trump said.

The 20 million barrels a day figure has been constantly quoted by experts over the last month, which they believe is creating the oil glut and forcing oil prices down.

Meanwhile, the weekend deal of 9.7 million barrels per day will begin by the start of next month and extends to the end of June.

Oil majors like Exxon Mobil have struggled to combat lower oil prices despite slashing their capital spending and suspending share buyback plans. Exxon Mobil has raised almost $18bn of debt within the last thirty days to strengthen its cash position. Previously, rating agencies such as S&P had dropped Exxon Mobil credit rating on lower oil prices and potentially big losses in the coming quarters. S&P has trimmed its ratings to AA credit with a negative outlook. Its stock price slipped by 1.5% in afternoon trading on Tuesday to $42.16, and has fallen by close to 50% this year.