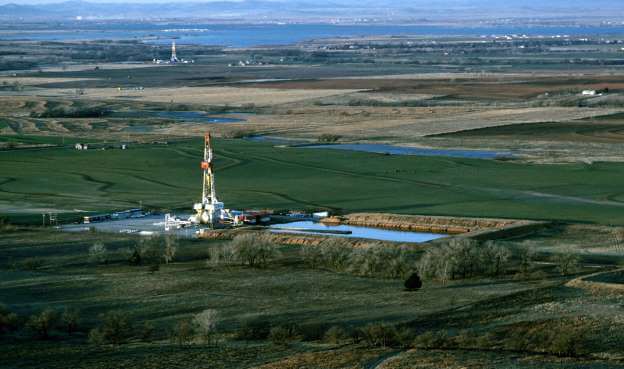 Exxon Mobil Corporation (NYSE:XOM) subsidiary XTO Energy on Wednesday denied that injection wells are behind the Texas earthquakes, says a report from Dallas News. One of the biggest firms in the oil and gas space, XTO Energy said the series of quakes that stuck Texas towns of Azle and Reno, northwest of Fort Worth in 2013 and 2014, were natural.

The Exxon Mobil owned firm told the Texas Railroad Commission in Austin, on Wednesday, that their wastewater injection well, which is situated close to of a fault line, did not trigger the quakes. XTO claimed that the faults under Azle and Reno had been active for 600 million years.

Tim George, an attorney for XTO, said “the earth has been moving continuously over time, and that movement is the result of natural tectonic forces far away but that express themselves right here.”

According to a study conducted by Southern Methodist University (SMU), the U.S. Geological Survey and the University of Texas, two wells, one belonging to XTO, are the likely reason behind the quakes.

In November and December of 2013 two earthquakes of magnitude 3.6 shook the cities. Wastewater wells are used by the oil and gas firms to bury fluid from oil and gas processes, including fracking.

Both XTO and Ener Vest, the firms that operate the wells, were asked by the Railroad Commission to appear in Austin, and produce details over why their wells should not be closed.

In response, the Exxon-owned firm brought with it more than 30 exhibits. An array of slides and three expert witnesses were part of the eight hours of court time.

The study done by SMU also claimed that the faults in the area have been there for hundreds of millions of years, but these faults started shifting only after an increase in the oil and gas drilling.

XTO said the SMU study was incomplete and misleading. It said that the commission was treating it unfairly.

However, Mike Brudzinski, a seismologist at Miami University in Ohio, who has studied man-made quakes claims that such tremors being caused by oil and gas is not uncommon, “particularly injection, to occur deeper than where the injection is happening.”