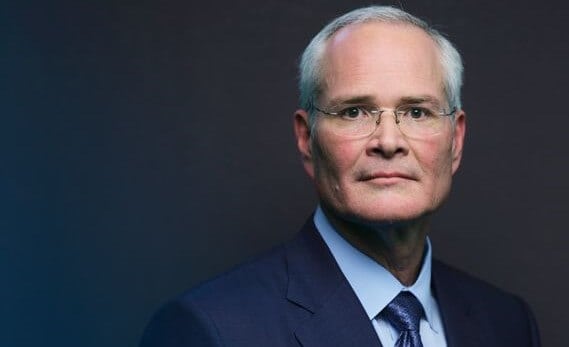 Exxon Mobil (NYSE: XOM) is set to announce a sales slide at its first-quarter earnings results next Friday which reflects an extraordinary three months of price wars and health emergencies that led to a 65% slump in crude prices.

Oil majors will be under pressure to cut dividends to preserve cash when many of them report their results next week.

The Texas-based Exxon is expected to see its revenue tumble by 16% to $53bn for the first quarter, compared to a year ago, following the oil price war between Russia and Suadi Arabia amid the slowdown in world economic activity during the coronavirus crisis.

The firm, led by chief executive Darren Woods (pictured) is expected to produce a full-year loss per share of $0.63 compared to earnings of $3.36 per share last year, according to a consensus of five analysts.

Low oil prices are likely to last for months, putting pressure on the balance sheets of oil firms as few can make money at the current oil price of $20 a barrel. Most big firms budget at a price of $40 a barrel. 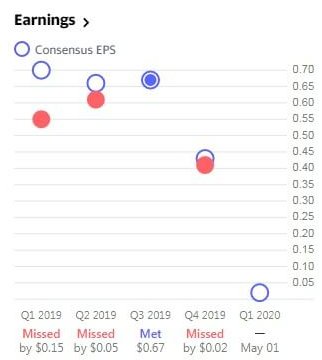 The five biggest US and European firms — Exxon, BP, Chevron, Royal Dutch Shell and Total —  have announced spending cuts averaging 23% in a rapid response to the dramatic fall in oil.

“We haven’t seen anything like what we’re experiencing today,” Exxon’s Woods said in a conference call earlier this month.

Oil Major boards have traditionally maintained dividends during previous crises, resorting to measures such as borrowing cash or offering discounted shares instead of cash.

But Norweigan firm Equinor surprised the market on Thursday by becoming the first big oil company to cut its dividend, slashing its first-quarter payout by two thirds and suspending a $5bn share buyback programme.

Majors such as Exxon, BP, Chevron, Royal Dutch Shell and ConocoPhillips all report next week, and investors will watch to see if they move to cut dividends for the first time in decades in some cases.

Earlier this month, Exxon said it would cut planned capital spending by 30% this year and has already suspended share buybacks. However, it said nothing about its dividend. Exxon spent $14.8bn last year on shareholder payouts, and investors will hope Exxon’s Woods pledges to maintain them next week.

The eighteen analysts who cover Exxon have cut their earnings per share estimate twice in the last seven days, according to Yahoo finance data.

Exxon stock trading has also remained under pressure since the beginning of this year amid the volatility in oil prices.

If you are interested in buying commodities, our commodities trading guide could help you in understanding how to trade commodities.