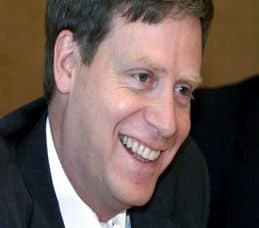 Point Bonita: – Are individual bonds better than a mutual fund? – You’ll hear passionate advocates of buying individual bonds instead of a bond fund in your investment accounts. There are some great advantages, but they aren’t best for everyone’s situation. This 2.5 minute video comparison might help to guide your decision.

BusinessWeek: – Bond doubts have brokers asking: Should I stay or go? – Investors, should prepare for a much steeper trade-off between risk and reward, and question whether current conventional asset allocation parameters, born out of the culture of the last 30 years, are still appropriate.

Market Oracle: – Stocks, bonds and dollar markets review.  – According to our methodology, Wall Street is currently in correction mode and this is not the time to invest fresh capital in stocks.

Morningstar: – Seeking a fixed income fix. – While not without risk, corporate credit actually looks to be in fairly good shape, according to Eric Takaha who, as senior vice president and portfolio manager of Franklin Strategic Income Fund spends a good deal of time analyzing the space.

Barron’s: – Heebner bets 21% of $1.44B CGM focus fund against Treasuries. – If you’re looking to bet big against Uncle Sam – like, really big – have we got a fund for you?

CivSource: – Mayors, state official’s pushback on muni bond tax changes. – Municipal bonds allow communities to build the streets, bridges, water lines, and police and fire stations that not only serve the needs of citizens, but also create jobs and drive the economy. Small wonder then state officials are against removing tax exemption.

Cate Long: – Massachusetts creates the gold standard for municipal bond disclosure. – The Commonwealth of Massachusetts has poured a lot of effort and creativity into figuring out how to keep its bond investors up to date with financial data. Today it consolidates lots of municipal bond data in one place. It’s a muniland “one stop shop,” and I hope it inspires other states and municipalities to improve their games on disclosure.

Alliance Bernstein: – Is it time to get back into stocks—or too late? – After five years of fleeing stocks for the perceived safety of bonds, US mutual fund investors became net buyers of stock funds in January. While some see the return of the retail investor as a negative indicator for stocks, we say, “Better late than never.”

Mike the PhD: – Municipal Bonds: A great way to make tax-free money. – Municipal bonds represent a huge asset class (~$3.5 trillion in outstanding bonds) that gets relatively little attention in the financial press, so I thought it was worth go into an overview of this area.