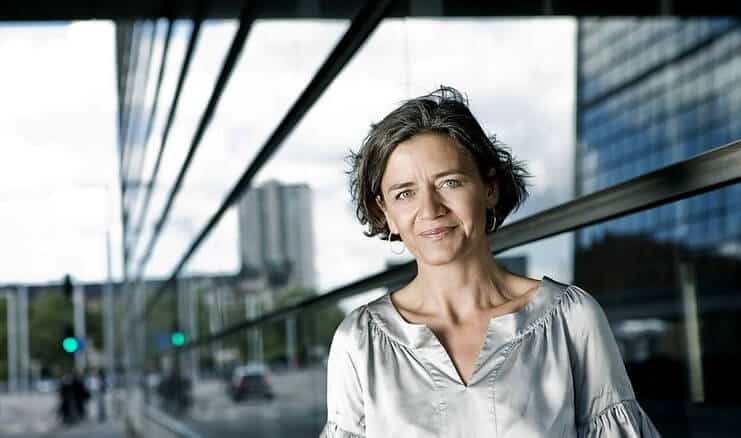 “They [foreign subsidies] come without us knowing, they come without checks, there is a high risk that they will fragment the single market or unlevel the playing field,” Vestager told Reuters in an interview on Tuesday.

Vestager, who is responsible for vetting state aid granted by EU governments, will update the 27-country bloc’s policy on foreign subsidies next week.

Bankers say they have recently seen a spike in requests from Chinese firms and funds for proposals on targets in Europe, according to a Bloomberg report in April citing unnamed people, familiar with the discussions.

Many of the potential acquirers are state-owned firms. These preliminary talks come publicly-listed European company valuations tumble. The EuroStoxx 50, which tracks the continent’s developed market performance, has fallen by more than 11% this year.

The European Commission called on member states in March to take necessary action to protect strategic assets and technology from foreign investments that could threaten public policy aims.

In Italy, Prime Minister Giuseppe Conte announced measures in April to strengthen the state’s Golden Power protections against foreign takeovers, which will now include banks, insurers, energy and healthcare.

While in March, Spain imposed tighter rules on foreign direct investment, giving the government powers to approve any business outside the EU that wants to take a more than 10% stake in any Spanish firm.

On separate security grounds, the UK, which left the EU at the start of the year, said last month it will review a January decision to allow Chinese telecoms powerhouse Huawei to develop 35% of Britain’s 5G communications network.

“The security and resilience of our networks is of paramount importance,” said a spokesman for the UK’s National Cyber Security Centre.

” It may still be early days but we hope to see a gradual increase of activity in the second half of the year from Chinese companies trying to do deals both in the Asia Pacific region and abroad,” Yang Wang, a Hong Kong-based partner at law firm Dechert told Bloomberg. “Deal activity in industries such as consumer products, travel and hospitality should bounce back once things return to normal.”

Chinese state-owned enterprises often hunt for acquisitions in industries seen as a national strategic priority for China, such as automobiles, energy, infrastructure and technology. CNIC Corp, a Chinese state-backed investment fund, is considering buying about a 10% stake in Greenko Group, one of India’s largest renewable energy companies.

Chinese buyers are looking for assets in regions perceived as China-friendly, including southern Europe as well as South America, Africa and the Middle East.