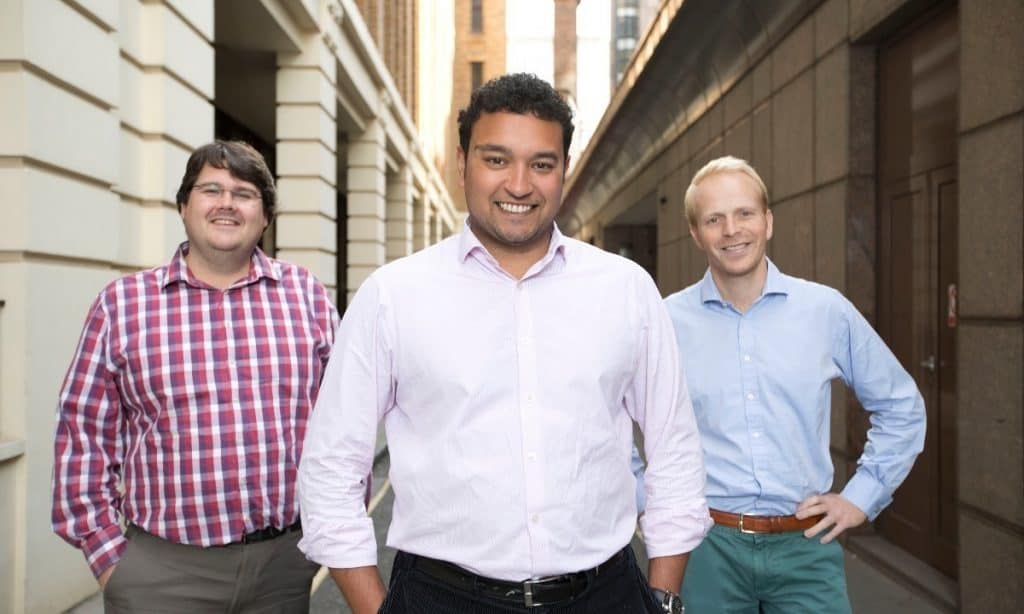 Under-pressure peer-to-peer lender Funding Circle reported that the amount of loans it had arranged jumped by almost a third over the last three months, despite “an uncertain economic environment”.

The small business lender, which dropped out of the FTSE 250 last month, said its loans under management leapt 31 per cent to £3.7bn for the quarter ending September 30.

The firm, which matches investors and lenders, added it is on track to meet its full-year guidance.

Funding Circle chief executive Samir Desai (pictured, centre) said: “In what remains an uncertain economic environment we continue to manage the business prudently, which we are confident is the right course of action for the long-term growth and development of our business.”

In August, the Bank of England cut its forecasts for UK growth over the next two years, as company investment plans due to the ongoing uncertainty caused by Brexit. It said the UK economy was expected to grow by 1.3 per cent this year, down from a previous projection of 1.5 per cent in May.

Funding Circle stockholders will be cheered that the firm stuck to its targets, after it cut its growth forecasts in half to 20 per cent in July, due to a sharp drop in demand for loans.

Shares in the business jumped 17 per cent to 121p in afternoon trading, but investors have endured a torrid time since it was floated last autumn.

The firm floated on the London Stock Exchange last October at 440p per share, valuing the platform at £1.5bn.

However, analysts say an overpriced launch and a slowing economy have taken their toll on the stock, which lags 73 per cent below its market debut.

The business – which operates in the UK, US, Germany and the Netherlands – lost its place in the FTSE 250 in September.

Numis analyst James Hamilton forecasts that Funding Circle’s loss before tax is likely to hit £49.7m in the full year 2019, with the company unlikely to turn a profit until 2022.

He said the turnaround of the company’s portfolios was key.

Hamilton added: “The operating environment remains tough with SME caution, tightened score cards and increased pricing in the US all having an impact.”

Funding Circle was founded in 2010 by Desai and his two friends, James Meekings (pictured, right) and Andrew Mullinger (pictured, left), who all met at university.