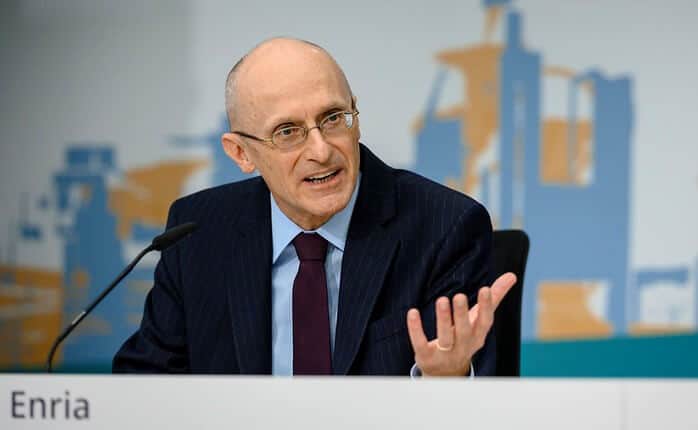 The European Central Bank (ECB) warned the continent’s biggest banks not to pay dividends until January.

The regulator also urged lenders on Tuesday to be “extremely moderate” when setting staff bonuses during the coronavirus pandemic.

The move is designed to help banks absorb losses and support lending throughout the health crisis, which has left the eurozone economy facing a severe recession.

Andrea Enria (pictured), chair of the ECB’s supervisory board, said: “The build-up of strong capital and liquidity buffers since the last financial crisis has enabled banks during this crisis to continue lending to households and businesses, and thereby to help stabilise the real economy.”

He added: “Therefore, it is all the more important to encourage banks to use their capital and liquidity buffers now to continue focusing on this overarching task: lending, while of course maintaining sound underwriting standards.”

The move by the ECB’s came on the same day that the Bank of England said it would carry out a review in the fourth quarter of the year over whether British lenders could resume paying dividends next year. The UK central bank advised lenders — such as HSBC, Lloyds and RBS — in March that they should not pay dividends.

In March, the ECB also told the 117 eurozone banks it oversees to halt dividend payments until at least October, but that has now been extended to 1 January.

European bank stocks have been hit hard this year. The Stoxx Europe 600 Banks index is down more than a third in 2020, compared with a fall of just over 10% for the broader Stoxx Europe 600 index.

In the UK, Barclays is the first of the big banks to report tomorrow, followed by Lloyds Banking Group on Thursday and NatWest Group on Friday. Investors will study the size of bad debt provisions they have set aside to protect themselves against an expected recession.

Banks in the US have continued to pay dividends, although they have suspended share buybacks.

The amount set aside by banks in Europe, the UK and the US to deal with defaulted loans in the second quarter is expected to hit £100bn.