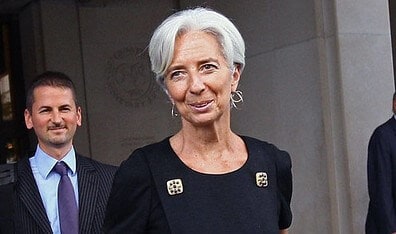 European Central Bank (ECB) boss Christine Lagarde (pictured) will be keen to tell the markets that the central bank has moved past fire-fighting the eurozone economy on Thursday.

The ECB boosted its emergency asset-purchase programme by €600bn to bring the total to €1.35tn last month to free up investor cash across the 19-nation monetary bloc following stay-at-home measures introduced by governments to battle coronavirus.

So far, the results have been positive. Italy’s 10-year bond yields around 1.2%, a similar level to early March, while the extra spread offered by Italian debt over German bonds — an important measure of risk — has also returned to pre-pandemic levels.

“If anything, the ECB is also witnessing a rebound in economic activity in the eurozone, driven by the lifting of the lockdown measures,” said ING chief economist Carsten Brzeski.

But since then, a handful of ECB policymakers have cast doubt on whether the bank will spend the full amount. Dutch central bank governor Klaas Knot has been among those suggesting that bond purchases could fall short of that figure, if the bloc’s economy recovers faster than expected from the health crisis.

When ECB President Lagarde provides her comments at the end of the bank’s two-day meeting this week, economists say she will have to acknowledge that data is improving but reiterate her strong commitment to stimulus, given the full extent of unemployment and corporate bankruptcies may become clear only later.

“Not to do so would be damaging for markets and ECB credibility,” says ING senior rates strategist Antoine Bouvet. “If this idea of stopping early becomes official ECB communication, I think you’ll see markets fall out of bed.”

Eurozone banks maintained relatively easy access to credit for firms in the second quarter, but they will likely tighten credit standards in the following three months, the ECB said in a lending survey on Tuesday.

“In the third quarter of 2020, banks expect a considerable net tightening of credit standards on loans to enterprises, which is reported to be related to the expected end of state guarantee schemes in some large euro area countries,” the central bank said in a survey of 144 banks carried out between 5 June and 23.

Credit standards on housing loans tightened in the second quarter and this trend is likely to continue in the third quarter, the report found.

Corporate credit demand also surged in the second quarter as firms drew on their credit lines for emergency liquidity, but banks expect a more moderate increase in demand during the current quarter.

Household loan demand fell sharply in the second quarter, but banks see a rebound in the third quarter.

“We probably are past the lowest point and I say that with some trepidation because of course there could be a severe second wave,” Lagarde told an online event last month.

If you’re looking for a low-risk investment and considering bonds, you can read our comprehensive guide to find out everything you need to know about buying government bonds or open an account with a broker.