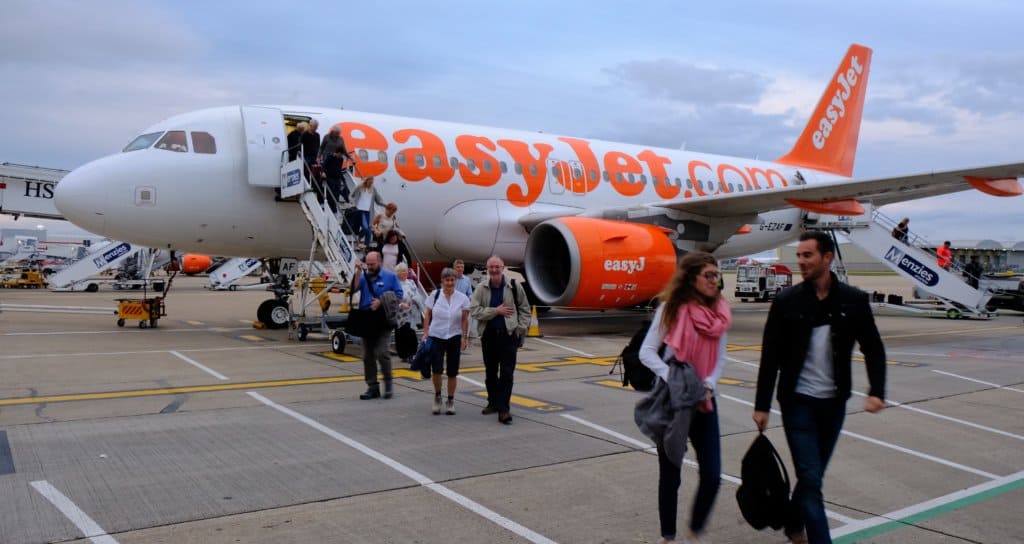 EasyJet has grounded its entire fleet in response to the collapse in demand for air travel because of the coronavirus pandemic.

The budget airline said it could not put a firm date on restarting commercial flights and 4,000 of its 9,000 UK staff will be furloughed initially for two months from 1 April. It added it will seek to reduce £4.5bn in spending, including payments for new planes from Airbus.

The Luton-based business also said it would seek to pay less for new aircraft after its founder, Sir Stelios Haji-Ioannou, threatened to call repeated shareholder meetings to remove directors until the airline crapped its decision to buy 107 new aircraft from Airbus, which are a major part of its spending plans up until 2023.

EasyJet shares fell as much as 10% in early trading in London, while Airbus sank 9.3% in Paris. The UK carrier has seen its stock tumble 62% in the year-to-date, as airlines have been hit hard by travel restrictions imposed by governments around the world.

The business announced the grounding of its full fleet in a statement to the London Stock Exchange this morning. The cancellation of all aircraft orders is the latest step in containing fixed costs amid a growing crisis.

Stelios Haji-Ioannou, quit the board in 2010 in protest over the airlines’ expansion but continues to control 34% of the stock. Haji-Ioannou is also strongly opposed to any government aid. He is urging the board to explore raising new equity through a rights issue to existing shareholders.

The International Air Transport Association last week warned of a liquidity crunch and projected carriers around the world could lose $252bn  in revenue this year.

British Airways’ owner International Consolidated Airlines Group (IAG) followed suit with crashing shares in early trading after cancellations due to government travel restrictions over the coronavirus pandemic. IAG shares fell by over 20% as news that British Airways flights capacity would be cut by 75% in April and May this year.

As BA is looking for ways to reduce its costs to try and survive the coronavirus crisis, UK’s pilot union BALPA revealed the airline is planning an unspecified number of pilot redundancies. A spokesman for BA confirmed the company is working with BALPA to avoid compulsory dismissals.