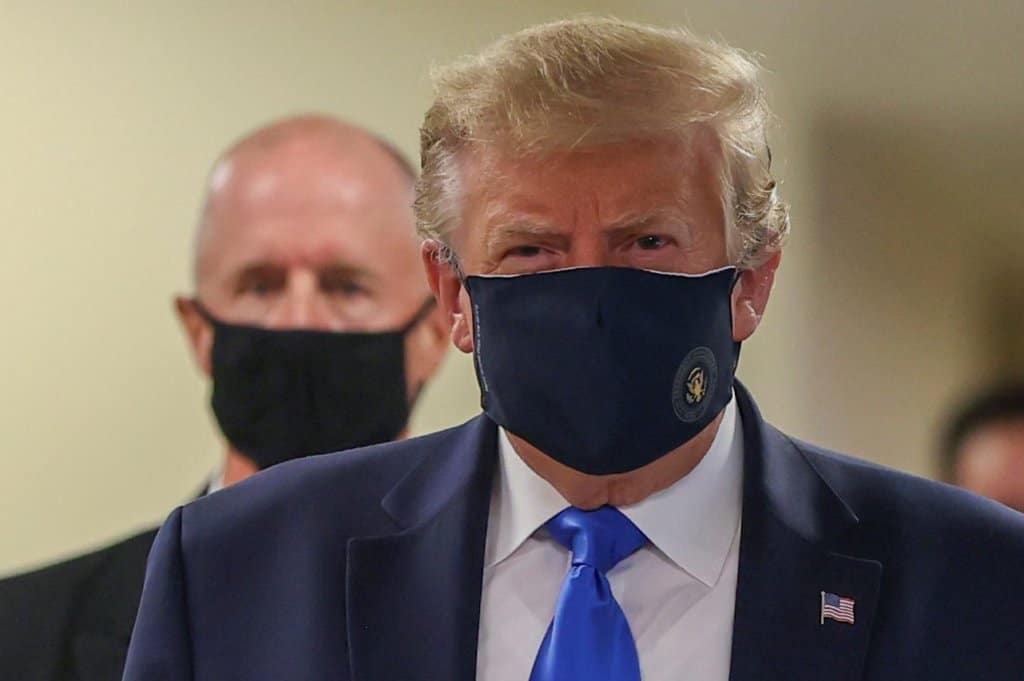 The dollar, which hit an all-time high in March, has lost over 10% of its value since then, falling to two-year lows. Many analysts see the dollar’s crash as a reflection on how the country has handled the coronavirus pandemic.

In the early days of the pandemic, the US dollar soared to record highs on its safe-haven appeal. However, this status has been tarnished as virus cases in the US continue to soar. Last month, the US suffered another monthly record of new cases. Dr Anthony Fauci, the leading US epidemiologist warned that daily cases could reach 100,000 as “clearly we are not in control right now,” in his testimony to the US Senate in June.

US dollar under pressure on rising infections

The dollar has been a casualty of the rising infections. “What people are most desperately waiting for is good news on virus control, that I think is number one,” Stephen Jen, chief executive at Eurizon SLJ Capital told Bloomberg. He added: “The currency bet is mainly a bet on relative control of the virus, not reflecting the fundamental strength of the economies in question.”

Jen was bullish on the US dollar until June as he expected a bounce back in the US economy. But he was wrong. Jen said: “The key assumption I was making, which turned out not to be correct, was that the US would sort itself out after a difficult period.”

The US economy contracted by a record 32.9% in the second quarter. In its June update, the International Monetary Fund said that it expects US gross domestic product (GDP) to fall 8% in 2020. The US Conference Board is a little more optimistic and expects US GDP to fall 7% in 2020.

US’ handling of the pandemic to be blamed

Paresh Upadhyaya, a money manager at Amundi Pioneer Asset Management, which has $78bn under management also attributed the dollar’s weakness of America’s handling of the pandemic. “As cases in the US have picked up, that’s a flag for the dollar,” said Upadhyaya. He added: “Because currency is the perfect reflection of relative value, we use that to gauge which region is having a better handle over the virus.”

Europe has been able to control the pandemic much better than the US even as initially Europe was among the hotbeds of the pandemic. However, while cases have stabilized in Europe, they continue to hover near record levels in the US.

Trump favored a weaker dollar in the past

Previously, US President Donald Trump has said he prefers a weaker US dollar as it would spur the country’s exports. Last year, he tweeted: “The Euro is dropping against the Dollar ‘like crazy,’ giving them a big export and manufacturing advantage…and the Fed does NOTHING! Our Dollar is now the strongest in history. Sounds good, doesn’t it? Except to those (manufacturers) that make product for sale outside the U.S.” 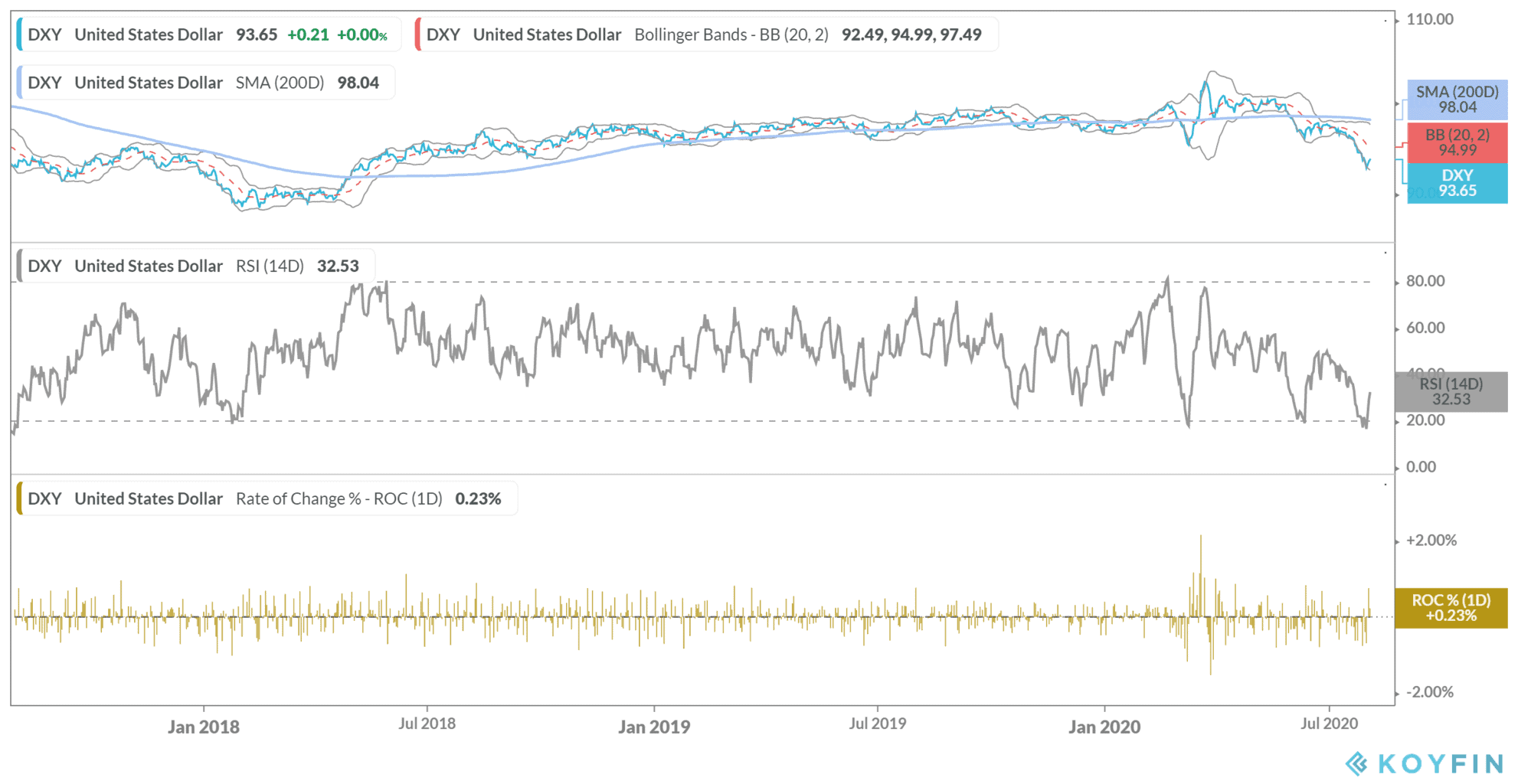 A weaker US dollar would make US exports more competitive while making imports costlier. A weaker dollar is also positive for commodities as they share a negative correlation with the greenback. However, this time, the greenback is falling for all the wrong reasons.

The US dollar index, which measures the value of the greenback against six major currencies including the euro and the yen, is down 4.5% over the last year.

However, with the recent correction, the dollar’s relative strength index (RSI) score stands at 32.5 which shows that it is oversold in the short term. RSI scores range from 0 to 100, where the stock is considered overbought when the index is above 70 and oversold when below 30.

However, from a fundamental perspective, the dollar could weaken in the medium to long term. Wells Fargo expects the US dollar to fall further on the Federal Reserve’s dovish monetary policy. In June, US economist and former Morgan Stanley Asia chairman Stephen Roach warned that the US dollar would plunge 35% against other major currencies by the end of 2021.

You can trade in the US dollar through any of the best online forex brokers. You can also trade in currencies using binary options