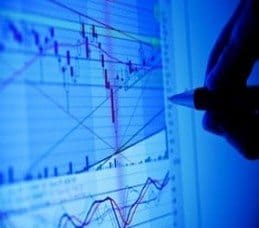 There are Several Problems with Technical Analysis For Municipal Bonds

Daniel Berger, a senior market strategist for Thomson Reuter’s Municipal Market Data (MMD), issued a report on May 11, 2012, “The Lower Spreads For Hospital Bonds Might Make You Sick”. He argues that hospital bonds currently look expensive; the spread over the AAA yield curve is too small, by historical measures. (All numbers are as the date of this report)

If hospital bonds revert back to their average level for the last 12 months, the spread could rise by 30 bps. While the report clearly indicates that hospital bonds look oversold compared to historical averages, it does not clearly establish the  technical downward trend  is over. A classically trained technical analyst would want confirmation that the downtrend was over from the following data:

Please note:Berger stated that since this report was written this spread has steadily increased and closed on June 8th at +137bps.

If you find value in technical analysis when analyzing other markets then you can use it in a broad sense in the municipal bond market as well.  However, as outlined above, the lack of consistent price data makes it less of an exact science as it would be for other markets.
As for hospital bonds while they may be overvalued at this stage, in my opinion, it does not look like they are by enough to make this an interesting trade for the individual investor.