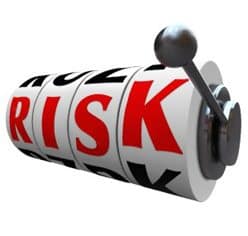 The Economist reports today that investors are clamouring for a new type of high-yield asset issued by banks.

Contingent Convertibles or Cocos, as these instruments are popularly known, are a newish hybrid of bank equity (the money invested by shareholders, which absorbs any losses in the first instance) and debt (which must be repaid unless a bank runs out of equity).

From the Economist: Cocos take multiple forms, but all are intended to behave like bonds when times are good, yet absorb losses, equity-like, in a crisis. At a given trigger point, when equity levels are so low that bankruptcy threatens, cocos either lose some or all of their value, or get exchanged for shares.

Regulators have allowed them to be used in limited quantities to meet increased equity requirements. Banks promise the coco bondholders will get “bailed in”, to use the regulatory argot, in lieu of taxpayers.

Fans describe cocos as “pre-funded rights issues”, a metaphorical fire extinguisher in an otherwise tinder-like capital structure. But similar “hybrid” instruments misfired in the last crisis; none of the new generation of cocos has ever been tested. Some fret that coco bondholders could incur losses even as the issuer continues to reward shareholders, in defiance of fundamental laws of capitalism.

Such qualms have not stopped investors from piling in, at ever lower yields. Banks have duly stepped up issuance: from nearly nothing in 2010 to $64 billion so far this year. Credit Suisse, itself a coco-issuing bank, expects at least another $20 billion by year-end.

Pro Publica: – Investors haul in nearly half the Tobacco settlement cash. – An updated tally by ProPublica shows that tobacco bondholders are due $2.6 billion of the $6 billion in this year’s payouts to state and local governments from Big Tobacco.

J.Beck Investments: – Trading muni bonds – Some things to keep in mind. – There looks to be several things to take note of on the weekly chart of the iShares S&P National Muni Bond Fund.

Income Investing: – After easy gains, ‘more hurdles’ ahead for muni bonds. – Municipal bonds have sailed through 2014 so far, but they might finally hit some choppy water in the coming months. So says BlackRock’s muni team of Peter Hayes,  James Schwartz, and Sean Carney.

WSJ: – Why muni bonds aren’t for the faint of heart. – Municipal bonds, as an asset class, are somewhat like international equities. There is far more divergence than similarity among the securities in the class. With over 40,000 state and local issuers of municipal bonds–which can then be classified into general-obligation bonds, revenue bonds, and appropriation bonds, then further subdivided by risk, duration, and tax treatment, the investor in muni bonds can be quickly overwhelmed by the choices.

Bloomberg: – Bonds investors turn to leverage in low-yield desperation. – Bloomberg’s Lisa Abramowicz and Julie Hyman examine how investors are using leverage to boost yield. They speak in “On The Markets” on Bloomberg Television’s “In The Loop.”

Market Realist: – Why ETF investors need to pay attention to bond markets. – Financial market participants closely watch the movements in U.S. Treasury securities. These movements have implications for both bond (TBT) and stock market (SPY) ETFs. Yields on other forms of debt are determined based on a spread over U.S. Treasuries of similar maturities.

Elliott Wave: – Is “the world’s safest investment” facing a trend change? – This year, many investors could again be surprised by the bond market. The number of people who were convinced that bonds would keep rising in August reminded us of the extreme levels of bullishness at the 2012 reversal. That’s why the recent bearish reversal in bond prices could be just the beginning.

Bloomberg: – Treasuries gain as geopolitics boosts haven demand. – Treasuries rose for the first time in six days as concern that political tension in the Middle East will intensify stoked demand for the safest assets.

FT: – Century bond surge defies rate fears. – Investors are seizing the chance to lend money to US companies and municipalities for up to 100 years in exchange for a chance to capture higher yields for longer.

Bloomberg: – Junk blitz making September busiest since 2008. – The riskiest borrowers are leading the busiest September in at least six years for speculative-grade bond sales in the U.S. as Moody’s Investors Service warns that protections in the debt are declining.

Pensions and Investments: – Higher yields, without increased risk. – Private credit in many ways is the fixed income analog to private equity.

Tom Aspray: – Is the junk dump a warning? – Is the bond market in the process of turning? A look at the weekly and daily technical studies will help you be prepared for the remaining months of the year.

Bloomberg: – Carson Block’s Muddy Waters researches debt-market shorts. – Carson Block, who gained fame with successful bets against Chinese stocks, said he is turning his attention to debt securities in search of opportunities to short a bubble in emerging and frontier credit markets.

WBP Online: – Emerging markets hit by worst sell-off in 6 months. – The recent sell-off coincides with the strengthening of the greenback and a rise in US yields, as the Fed is on track to finish tapering its bond-buying program in October and markets expect it to unveil its plan for an interest rate hike.

Morningstar: – The error-proof portfolio: Is your ‘balanced’ fund binging on junk bonds? – Some supposedly staid allocation funds have ventured down the credit-quality ladder.

Monevator: – The poor performance record of actively managed funds. – Most Monevator readers know high costs are the major reason to avoid active funds, and that low costs are the biggest draw for index trackers. However paying high fees to managers – as well as all the trading and other expenses racked up by an active fund – wouldn’t matter if they soundly beat the market. Question is, do they?

ETF Trends: – Why ETF investors need to pay attention to bond markets. – Financial market participants closely watch the movements in U.S. Treasury securities. These movements have implications for both bond (TBT) and stock market (SPY) ETFs. Yields on other forms of debt are determined based on a spread over U.S. Treasuries of similar maturities.

Larry Meyers: – 3 must-own high-yield ETFs. – High yields are easy to find in ETFs. These choices are highly diversified, offering a good deal of safety. High yields can be found in equities, preferred issuances, and bonds.

I get the feeling a lot of people unwittingly confuse the terms “debt” and “deficit” often using them interchangeably.