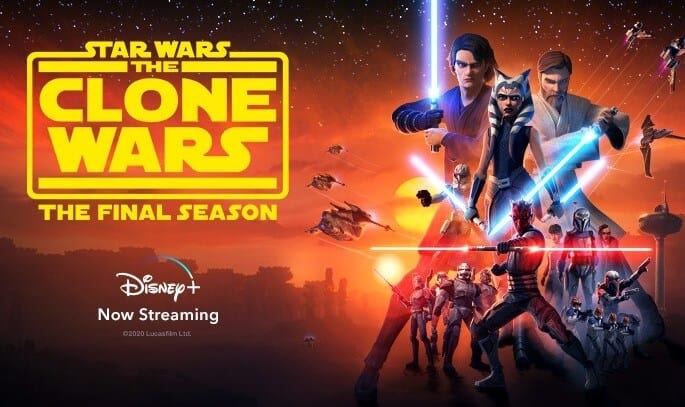 Disney (NYSE: DIS) stock price lifted after the entertainment group reported that its Disney Plus streaming service has signed up more than 50 million just five months after its UK launch.

Disney Plus, which rivals Netflix and Amazon Prime, rolled out to the UK and other parts of Europe last month. The Disney channel airs a range of shows such as Star Wars: The Clone Wars (pictured), Wandavision and Hero Project.

All three streaming platforms are seeing a huge boost in viewing figures as cinemas remain closed and people are forced to stay indoors due to the coronavirus pandemic.

“We’re truly humbled that Disney Plus is resonating with millions around the globe, and believe this bodes well for our continued expansion throughout Western Europe and into Japan and all of Latin America later this year,” Kevin Mayer, chairman of Disney direct-to-consumer unit, said in a statement.

Disney stock price is up almost 7% at $107.70 in pre-market trading on Thursday, but the group is down more than 30% year to date, on concerns over its closed park business which accounts for more than 35% of overall group revenue. Its studio business revenue stood around $3.7bn in the latest quarter while media network revenues were at $7.3bn and park revenue stood at $7.4bn.

Wells Fargo analyst Steven Cahall has downgraded Disney stock price target to $105 from the earlier target of $155, anticipating zero park attendance during the second half this year, and almost 50% capacity in the next year. “We don’t think Parks can get back to anything close to full capacity until testing and/or vaccines are far more ubiquitous,” said Cahall.

Guggenheim provided a price target of $100 and downgraded the stock to neutral from buy ratings, citing challenges for across nearly each one of its business segments.