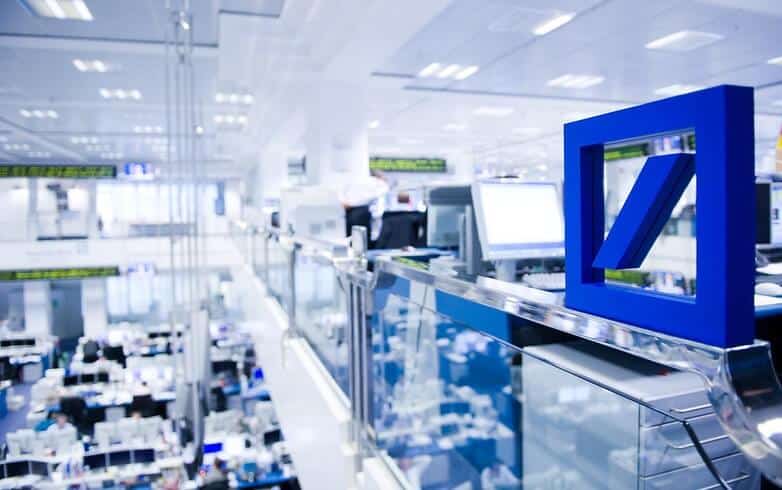 A senior Deutsche Bank executive said the fallout from the coronavirus pandemic could speed up mergers and acquisitions across Europe’s fragmented banking sector.

“We regularly explore what there is on the acquisition market, but first we have to consolidate internally and get the new international private banking business on its feet,” said the head of the German bank’s wealth management business Claudio de Sanctis.

“Consolidation in the European banking sector will certainly continue, and the recession could accelerate it,” he told German newspaper Finanz und Wirtschaft on Wednesday.

The 2008 financial crisis revealed that many of Europe’s banks were underfunded and turn in relatively low profits. Many banking experts say mergers that create cross-continent super-banks to rival the US is the obvious solution.

However, while politicians have accepted a few domestic bank mergers, they have held out against larger acquisitions that link lenders across borders.

Bankers frequently blame the region’s patchwork of national regulations, as well as limits on moving money between countries, for the lack of deals. They say this holds back European banks from building the large asset bases held by US rivals.

“There is no supervisory impediment, at least, no impediment that we want to throw into the way of consolidation,” Andrea Enria, the head of the European Central Bank’s banking arm, said at a press conference in Frankfurt in January.

Speaking to a group of bankers in the same month Enria added: “The segmentation of banking markets within the euro area is one of the most concerning legacies of the financial crisis.”

However, the ECB has not replaced local regulators and can’t override national governments, which are loathe to allow domestic banks to fail or be replaced by lenders from other countries.

In 2017, when the ECB designated two Italian lenders — Banca Popolare di Vicenza and Veneto Banca — as “failing or likely to fail”, Italy orchestrated a €17bn bailout rather than seek a merger.

Last year, Germany spurned a bid from private equity firms Cerberus and Centerbridge for a stake in failing Norddeutsche Landesbank- Girozentrale in favour of a €3bn state bailout.

Spain has been one of the few major European economies to welcome consolidation, at least at a national level.

In 2018, Spain’s state-controlled Bankia completed its acquisition of mid-sized Banco Mare Nostrum to create the country’s fourth-biggest lender with assets of around €223bn.

Since the 2008 financial crisis, the number of Spanish lenders has dropped to 12 from more than 55.

European banks, at the start of this year, were in a weakened state going into the health crisis.

Return on equity across the 113 banks supervised by the ECB in 2019 fell to 5.2%. from 6.2% a year ago, according to central bank data published in April. US rivals last year on average reported returns on equity that were more than twice as high.

European bank profits were hit last year by the slowdown in eurozone growth to 1.2 per cent. Lending margins across the region were also squeezed by the ECB’s cut in interest rates to a record low of minus 0.5 per cent in September.

Economists forecast that the eurozone economy could contract about 10 per cent in the second quarter of this year as the world faces its deepest recession since the Great Depression of the 1930s as a result of the health crisis.

These extraordinary circumstances may allow governments to permit mergers in a bid to build banks with strong balance sheets able to lend to a struggling economy.