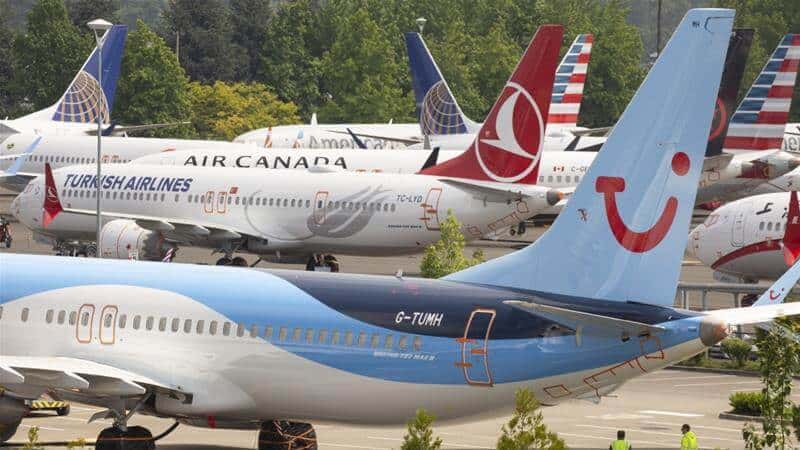 Boeing’s 737 Max was grounded by several airlines earlier this year after the model was involved in a couple of crashes. The 737 planes have been grounded for close to six months now, and this has resulted in higher demand for older airplane models.

The grounding of the 737 Max has driven rental prices for older models up across the market. According to Phil Seymour, CEO of IBA, the Boeing 737-800 is one of the most sought after models on the market right now. Seymour estimates that rental rates may have gone up by up to 40% for these older models since the 737 Max was grounded in March.

Investigations done by regulators revealed that part of the software in the 737 Max pushed down the nose of the plane repeatedly and this was the common factor in the two crashes involving the aircraft.

In the two accidents, 346 people lost their lives after 737 Max planes belonging to Ethiopian Airlines and Lion Air crashed within a few months of each other.

Boeing said that they initiated a fix for the software problem and the company expected the planes to be cleared for flight by regulators soon. However, regulators have not made any indication regarding when the 737 Max may be permitted to return to the skies.

Most airlines opted for the 737 Max because it is more fuel-efficient and thus it serves airlines better during peak season. Airlines have had to make use of older plane models which use more fuel and now whose rental fees have now gone up due to the increase in demand.

The airlines have to cater to a growing air travel market as there is a reported 5% increase in air travel demand, according to the International Air Transport Association.

The demand for older airplanes has benefited lease complained such as Aircastle. According to the CEO of Aircastle, Michael Inglese, many of their clients have extended their lease agreements on older 737 planes.

He added that when the 737 Max was grounded, many across the industry expected the jets to be cleared for flight quickly but this hasn’t been the case and this has forced airlines to rely on the older jets.

Other leasing companies have also reported similar demand for their fleet of 737-800 planes. Fly Leasing’s CEO, Colm Barrington, said that his firm has already leased out all of their 737-800s and they do not have any more to offer.

The CEO said this in an email, and he added that there has been an increase in inquiries from airlines. Barrington notes that this high demand will force the lease rates for these planes to go up this year.

The grounding of the 737 Max has put a massive dent in Boeing’s finances this year. The company lost about $4.9 billion in Q2 of 2019, and this may have affected how the company performs on the best investment apps.

This money went towards the compensating airlines and other customers who have bought the jets from the company. Boeing will be hoping that the software fix they have come up with will satisfy regulatory needs and their 737 Max can return to service soon.