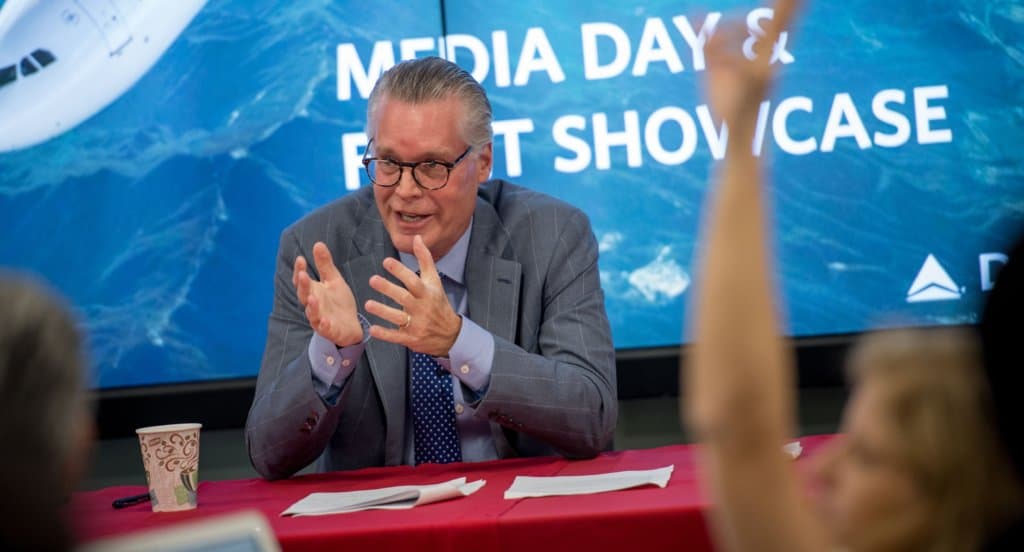 Delta Air Lines (NYSE: DLTA) stock price is leading the airline industry rally with a 40% gain in the last two trading sessions as Congress passes a pandemic stimulus package would provide cash grants of $25bn to passenger airlines, $3bn to contractors and $4bn to cargo airlines. The bill also states that the Fed will provide a further $25bn in loans for passenger carriers against the equity stake.

The Trump administration has provided special support to the airline industry because government restrictions have decimated their short-term outlook. Delta has slashed 80% of its flights and grounded close to 600 planes due to the government health restrictions.

Delta is led by chief executive Ed Bastian (pictured), who said last week he would take a salary for six months, as the airline struggles to get through the coronavirus crisis.

The $25bn cash grant is allocated to pay wages and benefits – the companies cannot use these funds for share buybacks or investment purposes – which is in line with the government’s strategy of preserving aviation jobs. 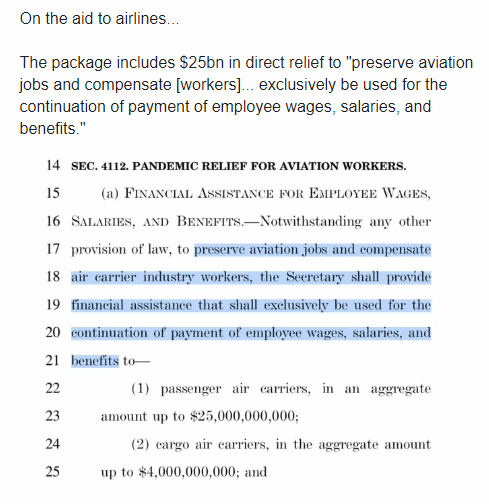 Although airline companies received a big bailout package, the top executives believe they will emerge as a much smaller company.  “We’re going to be smaller coming out of this,” Delta Airlines chief financial officer Paul Jacobson told employees. “Certainly quite a bit smaller than when we went into it, and we’ll have the opportunity to grow.”

The stock prices of the rest of the airline companies are also pairing previous losses. American Airlines (NASDAQ: AAL), the largest US airline, has generated double-digit gains in the past two days. United Airlines (NYSE: UAL)  and Southwest Airlines (NYSE: LUV) also reported big gains on the stimulus package. However, market analysts have dropped outlook for the entire industry due to sluggish demand in the foreseeable future.

“I would not be surprised to see not only Delta return as a smaller airline, but also American, United and even Southwest use this as an opportunity to cull some aircraft from their fleet,” said Atmosphere Research president and founder Henry Harteveldt.