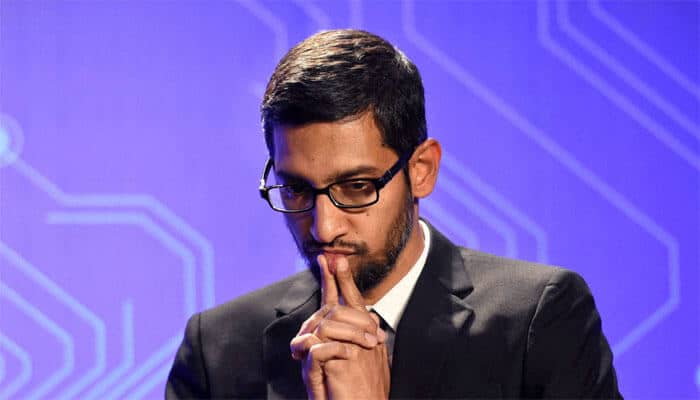 The head of Google has made no bones about how important he thinks artificial intelligence (AI) will be to his firm and the world.

Sundar Pichai said: “AI is one of the most profound things we’re working on as humanity. It’s more profound than fire or electricity.”

The leader of the tech giant was speaking in an interview at the 50th World Economic Forum in Davos, Switzerland on Wednesday.

He added: “AI is no different from the climate. You can’t get safety by having one country or a set of countries working on it. You need a global framework.”

However, Pichai also gave a rare public speech in Brussels at the European economic think tank Bruegel on Monday, where he said “there is no question in my mind that artificial intelligence needs to be regulated,” but “we don’t have to start from scratch” with entirely new rules.

The tech chief executive’s comments come weeks before the European Union is expected to unveil new legally binding requirements for AI developers in “high-risk sectors,” such as healthcare and transport. These rules may require firms to disclose how they build their systems.

Over that last several years, top executives at tech giants such as Facebook and Google have been hauled before lawmakers in the US and Europe to explain high-profile data breaches involving millions of their customers.

The EU was the first region to introduce sweeping data privacy law in 2018 with its General Data Protection Regulation (GDPR) legislation, which was criticised by tech firms at the time for adding heavy-handed costs to the industry.

But speaking in Davos, Pichai called GDPR a “great template.”

He said: “It gives a standardised privacy framework, and often when we are in other countries, and they are thinking about privacy regulation, we point to GDPR as a template. I’m glad Europe took the lead on it.”

Pichai, who has led Google since 2015, took control of parent company Alphabet after founders Larry Page and Sergey Brin stepped back from day-to-day involvement last month.